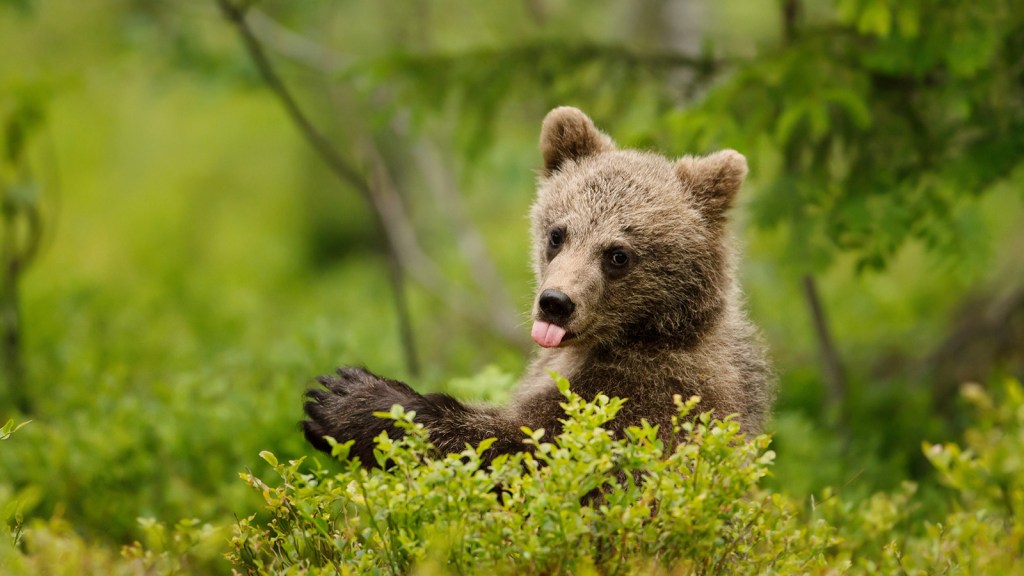 A new study shows that grizzlies on Alaska’s Kodiak Island have been ditching their salmon-eating ways in favor of berries.

Usually, grizzlies eat salmon early in the summer, and berries when the season’s winding down. But the study’s authors have found that warming temperatures caused by climate change cause the island’s berries to ripen at the same time as the salmon run.

Too many options! When forced to choose between the two, most bears choose berries because they lead to faster, necessary weight gain.  And lo: veggie bears.

While we usually praise vegetarianism as an environment-saving practice for humans, it’s not the same for bears. This new ursine diet affects the island’s ecosystem, of course. Our messy grizzly friends usually eat up to 75 percent of the salmon rushing through Kodiak streams and drop salmon carcasses to the ground once they’ve polished them off, which enriches the soil. But that’s no longer happening.

If the patterns persist, simultaneous berry-and-salmon seasons will be regular occurrences by 2070.

Manola Secaira
Harvey dealt Houston catastrophic flooding, and it’s not over yet.
People keep building in flood-prone places like Houston.