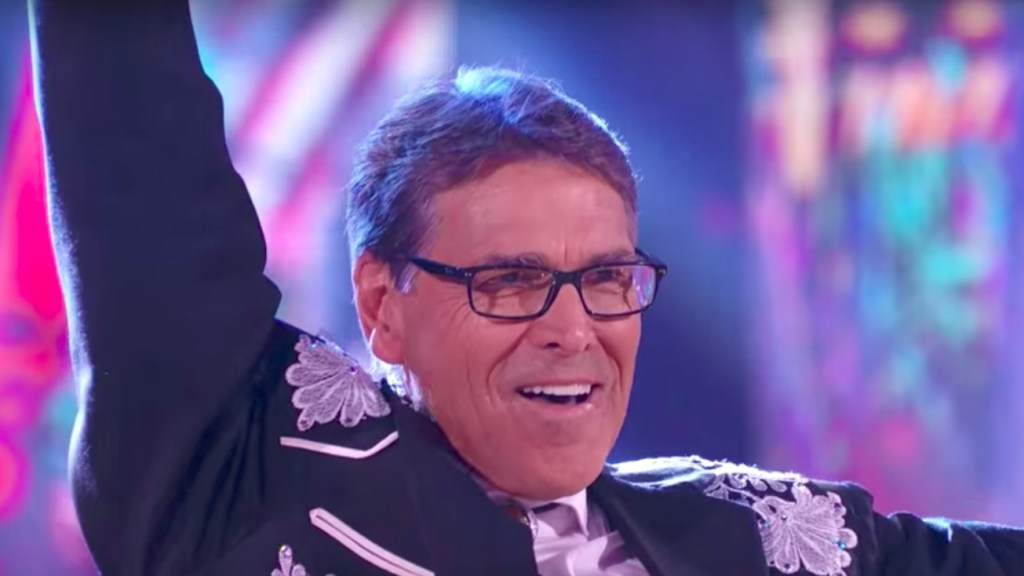 Dancing With The Stars

Today’s forecast: cloudy with a chance of burn.

Weather scientists from the American Meteorological Society wrote Energy Secretary Rick Perry a letter on Wednesday informing him that he lacks a “fundamental understanding” of climate science.

Let’s rewind: Perry appeared on CNBC’s Squawk Box on Monday, where host Joe Kernan asked him about the role that carbon dioxide plays in climate change. Perry responded that CO2 is not a primary cause of global warming — instead, he pointed to “the ocean waters and this environment that we live in.”

Kernan called it a “pretty good answer.” It’s not, according to 97 percent of climate scientists. Squawk Box has become a safe space for climate deniers in the Trump administration, as Emily Atkin writes for New Republic.

The meteorologists’ letter concludes that Perry needs to get a grasp on the “best possible science” to make sound policy decisions about the nation’s energy needs.

Kate Yoder
Just as John Oliver predicted, a coal tycoon is suing him.
We broke down Trump’s baffling speech on the ‘solar wall.’