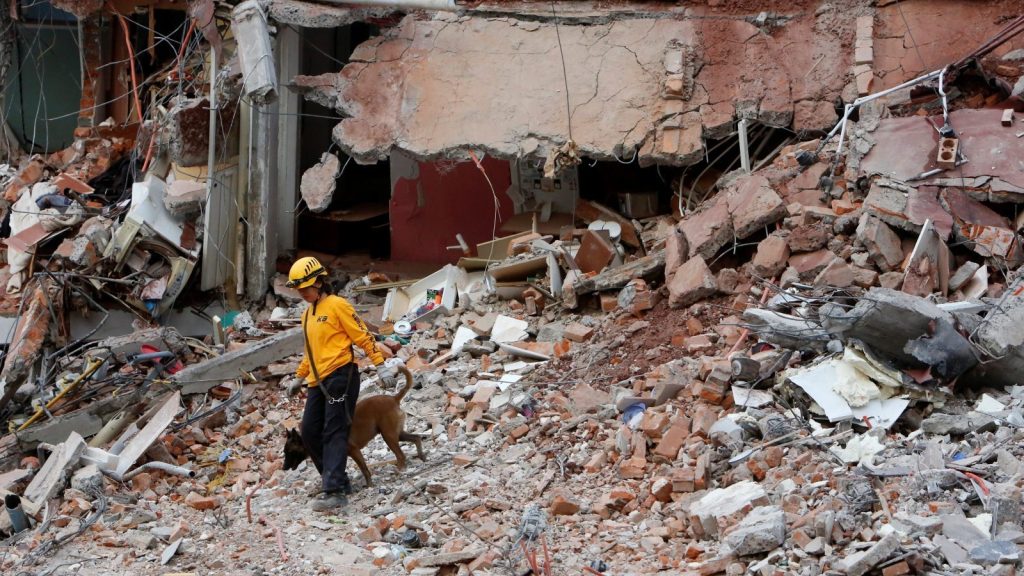 Less than two weeks after the second-biggest earthquake in Mexico’s history, a second quake hit, causing more than 200 deaths and toppling buildings around the country.

The 7.1-magnitude earthquake struck Tuesday afternoon just a few hours after Mexico City held earthquake drills to mark the anniversary of the country’s deadliest shock in 1985.

“It’s very horrendous,” Guillermo Lozano, humanitarian and emergency affairs director for World Vision Mexico, told the L.A. Times. “Most of the people were at work and children were at school.”

The soft soil underneath Mexico City tends to amplify the damage from quakes. The megalopolis is built on ancient lakebed filled with wet clay deposits that experts compare to jello. When seismic waves pass through, the lakebed jiggles, causing even more violent shaking aboveground.

Seismologists say it’s unlikely that Tuesday’s quake is related to the 8.1-magnitude one that shook the country Sept. 8, since they struck hundreds of miles apart and occurred weeks, not minutes, apart.

It’s been a hectic month for North America, from hurricanes to wildfires. But unlike intense superstorms, at least earthquake devastation is one thing we can’t blame ourselves for, right?

Kate Yoder
Trump’s policies put the most vulnerable Americans in danger.
‘Mother!’ is a climate change parable, and it sounds terrifying.