A rising tide sinks all homes 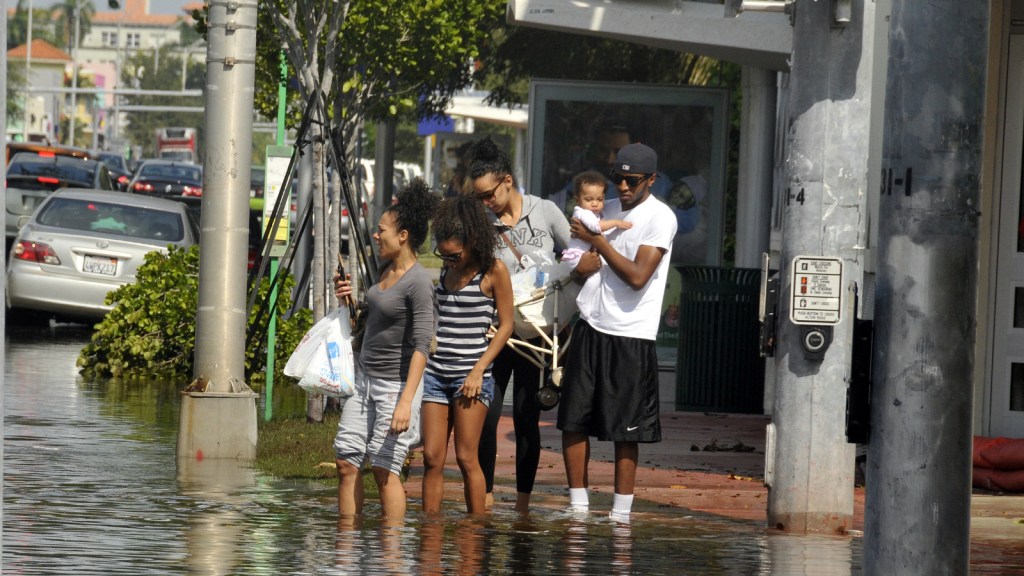 Miami Beach gets all the attention for its increased chronic flooding due to rising sea levels. But Miami’s poorer, inland neighborhoods on the other side of Biscayne Bay are also experiencing flooding from high tides.

That’s just a sign of more frequent things to come. The Union of Concerned Scientists projects that by 2045, these sunny-day flooding events will increase from six to 380 times per year.

Miami has many neighborhoods across the bay from Miami Beach that are just as flood-prone but, being less wealthy, have fewer resources to deal with the impacts. Since all of Miami-Dade County lies barely above sea level, and sits atop porous limestone, even poorer neighborhoods farther inland are vulnerable.

Shorecrest residents complained to CityLab that they get less adaptation help from local government than richer neighborhoods. (Miami Beach is a separate, richer city from the city of Miami.) On Miami’s west side, predominantly low-income, Latino neighborhoods face flooding that could pollute their freshwater supply.

Florida and Miami need to get serious not just about climate adaptation, but climate justice.

Ben Adler
The pope’s call for climate action backfired in conservative America.
Half a million solar panels were installed every day in 2015.