Nearly $100 million is now headed to Flint to swap out old pipes. - Grist 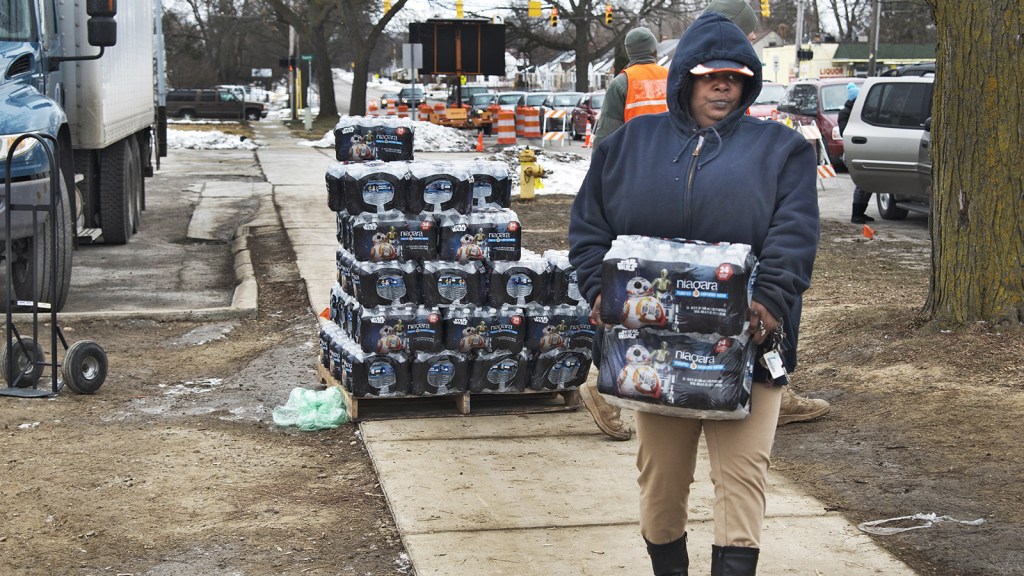 Nearly $100 million is now headed to Flint to swap out old pipes.

That’s the outcome of an agreement to settle a lawsuit that sought to force the state of Michigan to provide door-to-door delivery of bottled water to homes in the city. Flint’s drinking water was deemed unsafe in 2015 due to high lead levels.

The suit was filed last year by a coalition that includes the Natural Resources Defense Council, Michigan’s ACLU, and a local resident. A judge approved the settlement on Tuesday.

Under its terms, $97 million will be set aside to replace lead or galvanized steel water pipes going into Flint homes with copper pipes. The state has three years to assess the piping and swap it out, if need be, in at least 18,000 area residences.

The deal allows the state to avoid delivering water to homes, and it provides a timeline for shutting down nine distribution centers in Flint that offer free bottled water and filters. If monitoring finds that lead levels are below an EPA-set threshold for the first half of 2017, Michigan can close those stations in September.

“For the first time, there will be an enforceable commitment to get the lead pipes out of the ground,” said Dimple Chaudhary, an NRDC attorney. “The people of Flint are owed at least this much.”

Nikhil Swaminathan
Trump just took a sledgehammer to Obama’s climate legacy.
How to defuse the methane timebomb in the Arctic? Unleash the mammoths!