Nearly all of Puerto Rico is without power AGAIN after a line repaired by Whitefish fails. - Grist 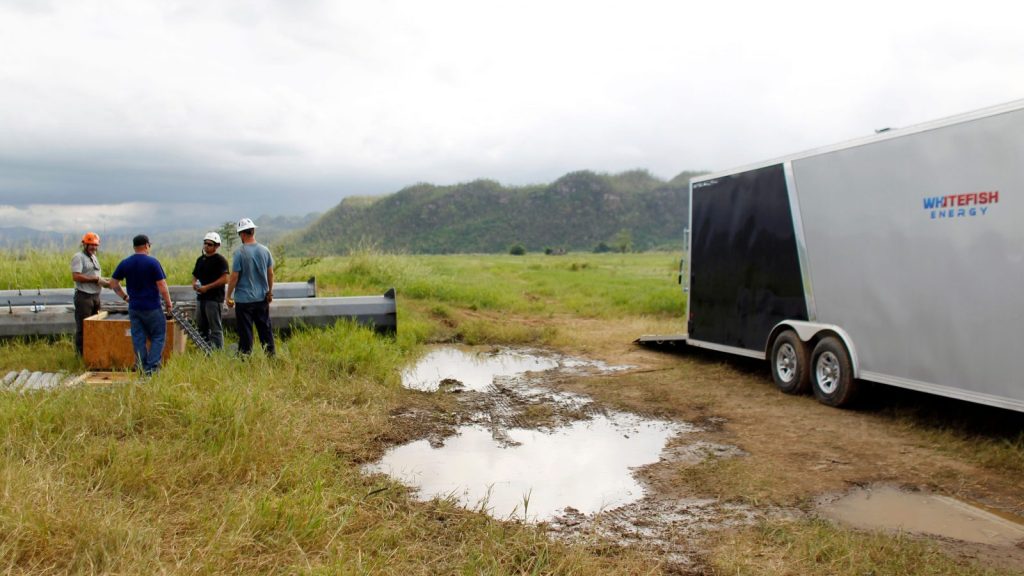 Nearly all of Puerto Rico is without power AGAIN after a line repaired by Whitefish fails.

Electricity that had already been restored to hundreds of thousands of people cut out on Thursday, 50 days after Hurricane Maria. The island’s power generation plummeted from 43 percent capacity to just 18 percent thanks to a disruption that caused a crucial transmission line to fail.

Whitefish Energy, a small Montana company formerly tasked with rebuilding Puerto Rico’s grid, had fixed the power line as it began winding down its work on the island. Puerto Rico had canceled its controversial $300 million contract with Whitefish after the FBI began investigating it at the end of October. The deal was scrutinized for its anti-auditing measure and high fees. Whitefish’s limited track record and ties to Trump officials didn’t help its case.

The cause of the recent outage is TBD, but a Whitefish Energy spokesperson told BuzzFeed News that the company had nothing to do with it.

So the saga continues. Meanwhile, millions of Puerto Ricans are forced to live without electricity — a necessity for treating water so it’s safe to drink and getting people adequate medical care. Following Thursday’s failure, Puerto Rico’s power authority has prioritized restoring electricity to hospitals, airports, and water pump stations.

Update: Ricardo Ramos, the director of Puerto Rico Electric Power Authority, expects those who lost electricity on Thursday to regain it on Friday.