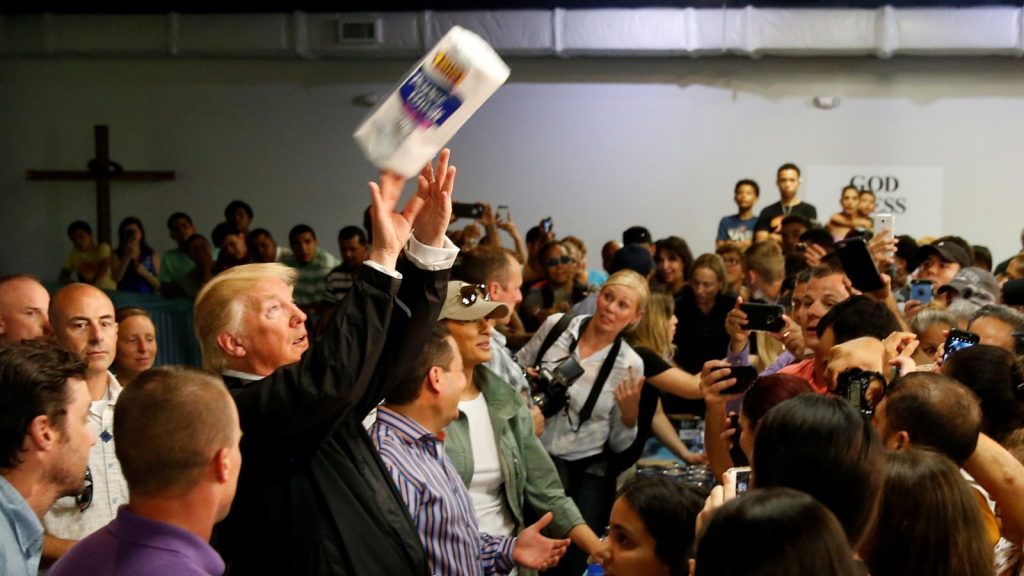 Nearly half of the country thinks Donald Trump is handling hurricane season well.

After hurricanes Harvey and Irma made their mark on the Gulf Coast in September, 64 percent of the public approved of Trump’s disaster relief efforts. But in light of his response to Hurricane Maria’s devastation in Puerto Rico and the U.S. Virgin Islands, that approval rating has dropped to 44 percent.

No wonder: Trump blamed Puerto Rico’s devastation for upsetting the national budget, threw paper towels at a crowd of hurricane victims, and publicly attacked the mayor of San Juan. Throughout it all, he blamed the media for failing to recognize his good deeds.

In that context, 44 percent is still remarkably high. For comparison, 43 percent of Buzzfeed respondents believe that Mariah Carey is the best female vocalist of the ’90s, which is a good and correct opinion.

Eve Andrews
California wildfires could cost ‘wine country’ its immigrant population.
Half of all rides on Uber and Lyft didn’t have to happen.