Nebraska gives the green light to Keystone XL - with a twist. - Grist 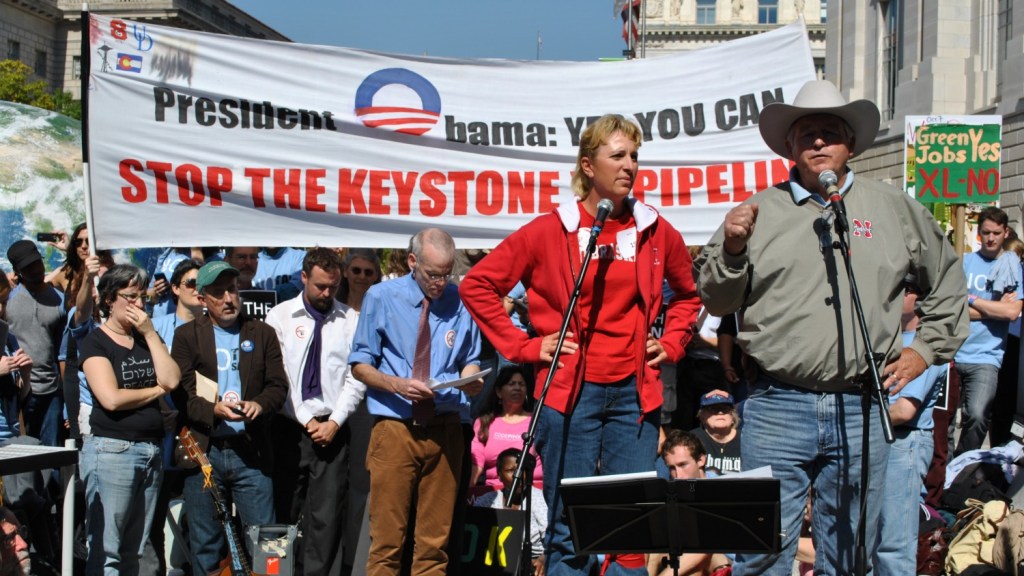 Nebraska gives the green light to Keystone XL — with a twist.

In a long-awaited decision, the Nebraska Public Service Commission announced its vote Monday to approve a tweaked route for the controversial tar sands oil pipeline.

The 3-2 decision is a critical victory for pipeline builder TransCanada after a nearly decade-long fight pitting Nebraska landowners, Native communities, and environmentalists activists against a pipeline that would carry tar sands oil from Alberta to refineries on the Gulf Coast.

After years of intense pressure, President Obama deemed the project “not in the national interest” in 2015; President Trump quickly reversed that decision earlier this year. But TransCanada couldn’t go forward without an approved route through Nebraska, which was held up by legal and political proceedings.

In the meantime, it’s become unclear whether TransCanada will even try to complete the $8 billion project. The financial viability of tar sands oil — which is expensive to extract and refine — has shifted in the intervening years, and while KXL languished, Canadian oil companies developed other routes to market.

The commission’s decision also opens the door to new litigation and land negotiations. TransCanada will have to secure land rights along the new route; one dissenting commissioner noted that many landowners might not even know the pipeline would potentially cross their property.

Meanwhile, last Thursday, TransCanada’s original Keystone pipeline, which KXL was meant to supplement, spilled 210,000 gallons of oil in South Dakota. Due to a 2011 Nebraska law, the commissioners were unable to consider pipeline safety or the possibility of spills in their decision.

Darby Minow Smith
You can blame a ‘medicane’ for this week’s deadly flooding in Greece.
Tesla’s going big — like, 18-wheeler big.