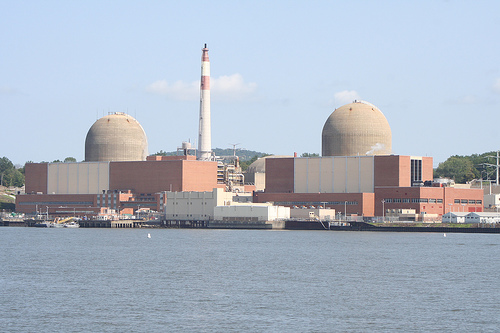 Gov. Andrew M. Cuomo announced on Monday that the state will close the facility, a short drive north of New York City, by April 2021.

The move is a victory for local environmental activists who had pushed for years to close the aging pair of nuclear reactors.

Indian Point sits in an especially precarious spot: right by the Hudson River in suburban Westchester County, near an active fault line, and uncomfortably close to some 20 million people in three states. It’s a glaring target for terrorists with a habit of leaking radioactive waste.

So even groups that occasionally support carbon-free nuclear power, such as the Natural Resources Defense Council, are applauding Cuomo’s move.

The downside is that the electricity Indian Point produced has to come from somewhere else. That could mean increased greenhouse gas emissions from gas or coal.

But New York has been preparing for this moment. The state’s utility commission has approved a transmission line from Quebec to bring in clean hydropower and also set up programs to reduce energy demand by compensating consumers for lowering their usage at peak times. New York also has a massive offshore wind farm in the works.

Ben Adler
Obama is making another move to block offshore drilling.
While Trump tweets out insults, Obama publishes an article about clean energy in a scientific journal.