New York to EPA: Get a lawyer. Again. - Grist 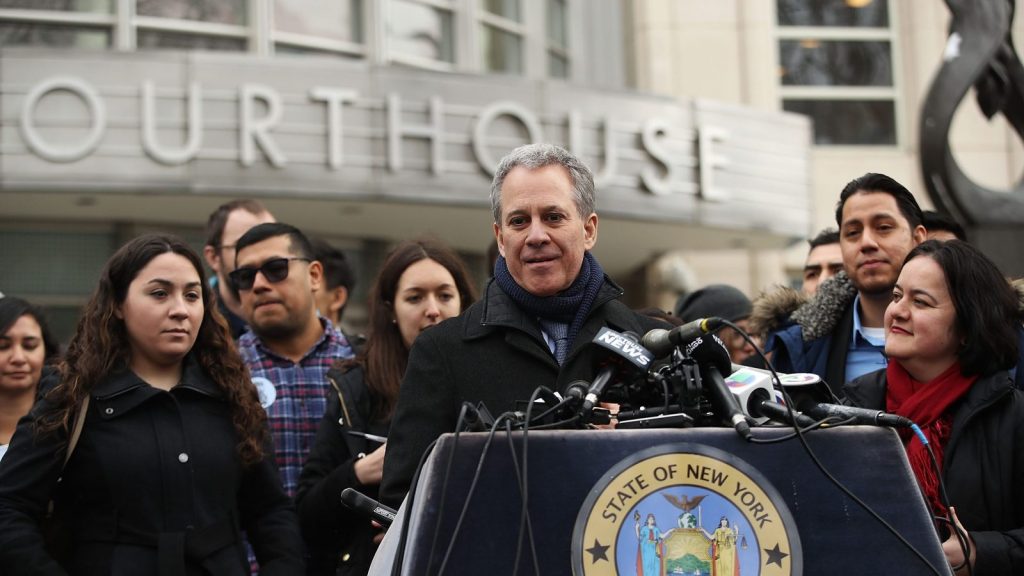 New York to EPA: Get a lawyer. Again.

The Obama-era Clean Water Rule expanded government protection to cover streams and wetlands, and was hailed by environmentalists as a significant step forward for conservation. On Wednesday, EPA chief Scott Pruitt announced the agency is suspending the rule for two years, citing it as an example of government overreach.

New York state has a little something to say about that. On Thursday, New York Attorney General Eric Schneiderman, a Democrat, vowed to lead a “multistate coalition” to block suspension of the rule in court.

Schneiderman sued the Trump administration 28 times in 2017, and it appears he plans to continue the tradition this year:

Over the last year, we have not hesitated to fight back against the Trump Administration’s assault on the law and New Yorkers’ fundamental right to clean water, air, and environment. We won’t stop now.

He’s just one of many state AGs suing the administration over environmental rollbacks. Washington state’s Bob Ferguson has launched 19 lawsuits to derail Trump’s agenda, and California’s Xavier Becerra has become a nationally recognized expert at keeping the administration tangled up in court.

Zoya Teirstein
Every year, more cows are milked by robots.
Tesla solar products are coming to a store near you.