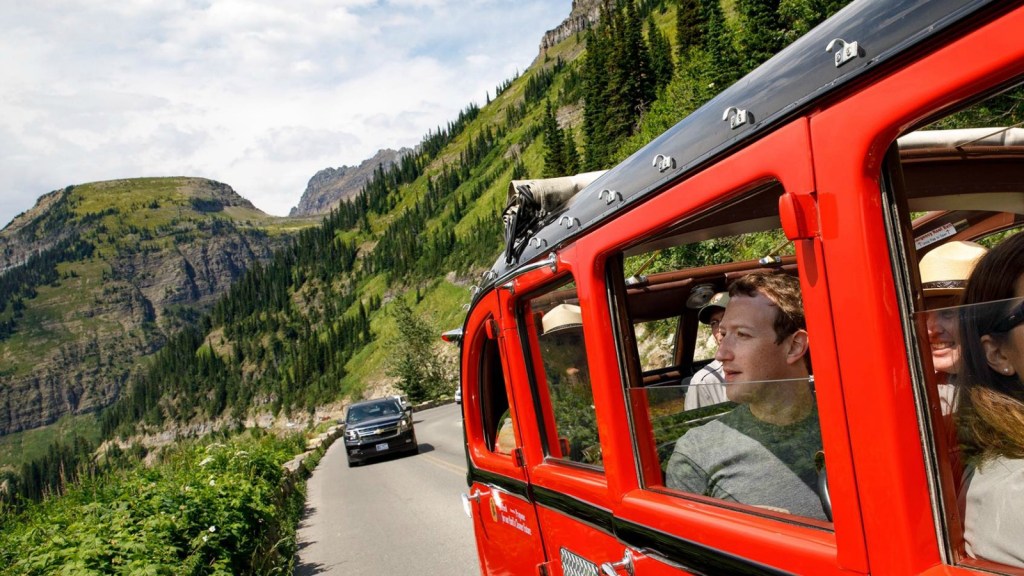 But a few days before his visit, according to a report in Mic, the Interior Department canceled his plans to chat climate change with Daniel Fagre, a research ecologist and climate specialist at the United States Geological Survey.

“I literally was told I would no longer be participating,” Fagre told the Washington Post, adding that he received little explanation for the cancellation. The move prompted speculation that the Interior Department wanted to avoid drawing attention to *whispers* climate change.

If that was the intention, Zuckerberg wasn’t playing along. “The impact of climate change is very clear at Glacier,” he wrote on his Facebook page alongside photos from his visit. “In the last hundred years, the average global temperature has risen 1.5 degrees. But in the high elevations of Montana where Glacier is the temperature is warming at three times the global average — enough to melt glaciers.”

I've been trying to find a single Zuckerberg photo where he doesn't look like an alien in a human suit, my endeavor has been fruitless pic.twitter.com/0nsd41sUkJ