life on the pipeline 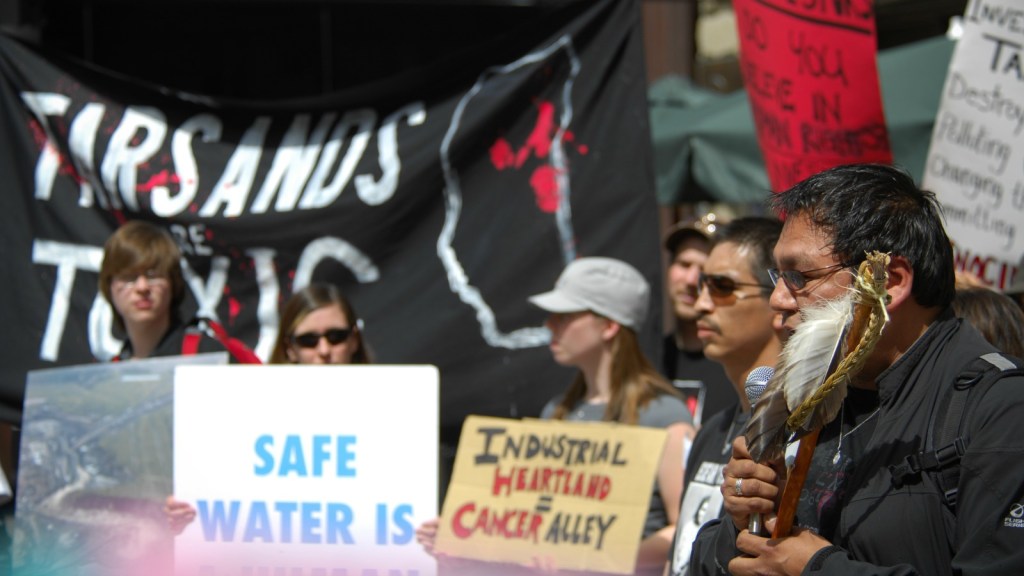 Over 50 U.S. and Canadian indigenous communities signed a pan-continental treaty Thursday pledging to band together to fight threats to their territories, water, and the climate. Their targets? Every pipeline, tanker, and rail project meant to develop the Alberta tar sands.

Several signatories, including the Standing Rock Sioux, are currently fighting the Dakota Access pipeline, which would transport Bakken crude oil across 1,172 miles of land in the Midwest. The United Nations just stepped into the fray and called for the U.S. to halt construction on the pipeline.

The newly unified front has its work cut out: Just this year, Canada’s indigenous peoples struggled to save their land from several pipelines. The treaty extends these fights, focusing on projects proposed by Kinder Morgan Inc., Enbridge Inc., and TransCanada Corp.

Only time will tell if this groundbreaking alliance will stop oil companies from breaking new ground.

Sabrina Imbler
Car-free cities might be catching on.
Haze fills the air and ash rains from the sky: Just another day in Siberia.