North Carolina has been hit by rare late-season wildfires. - Grist 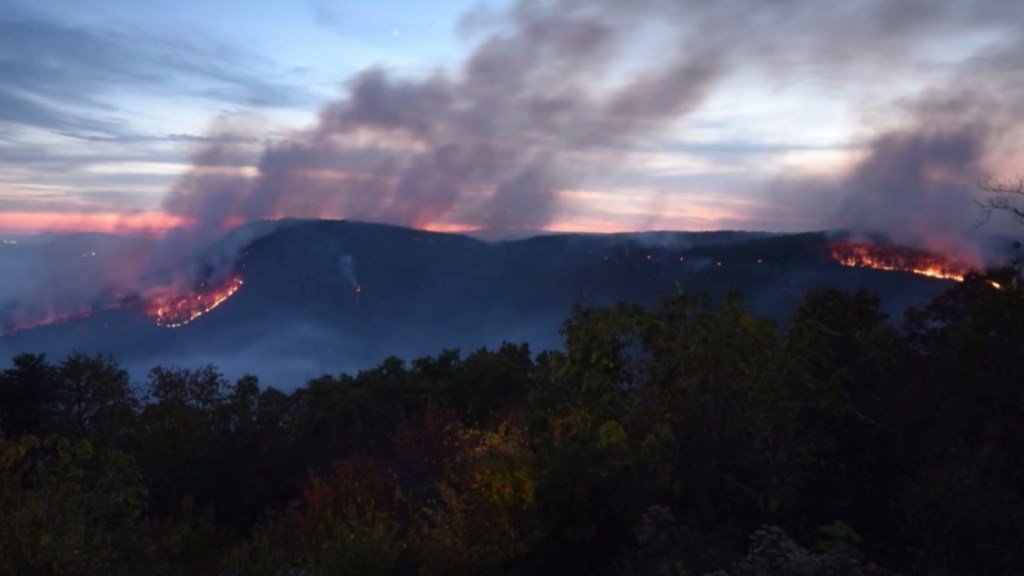 North Carolina has been hit by rare late-season wildfires.

Officials are warning residents to stay inside after a rash of wildfires in the Southeast has led to dangerous levels of air pollution. At least 15 major wildfires are burning in western North Carolina, leaving nearly 40,000 acres charred and forcing hundreds of residents from their homes. Damages are already expected to reach over $10 million.

“Dense smoke plumes are creating very unhealthy breathing conditions,” said the North Carolina Department of Environmental Quality Tuesday. “Everyone is likely to be affected, even those in good health.”

These late-season wildfires, which have been burning since Oct. 23, are rare in this part of the country. The initial fire was probably arson, but the situation is only exacerbated by severe drought and high winds.

“This year stands out as having an unusual, I would even say epic, fire season,” Forest Service ecologist Steve Norman told the Christian Science Monitor. “It is not just a normal fall.” Temperatures have also been unusually high in recent months, reaching into the high 80s well into October.

There may, however, soon be relief: There’s a chance of rain by Saturday.

Katie Herzog
China urges Trump not to back out of climate deal.
We plowed up more wild habitat in the Great Plains than in the Brazilian Amazon in 2014.