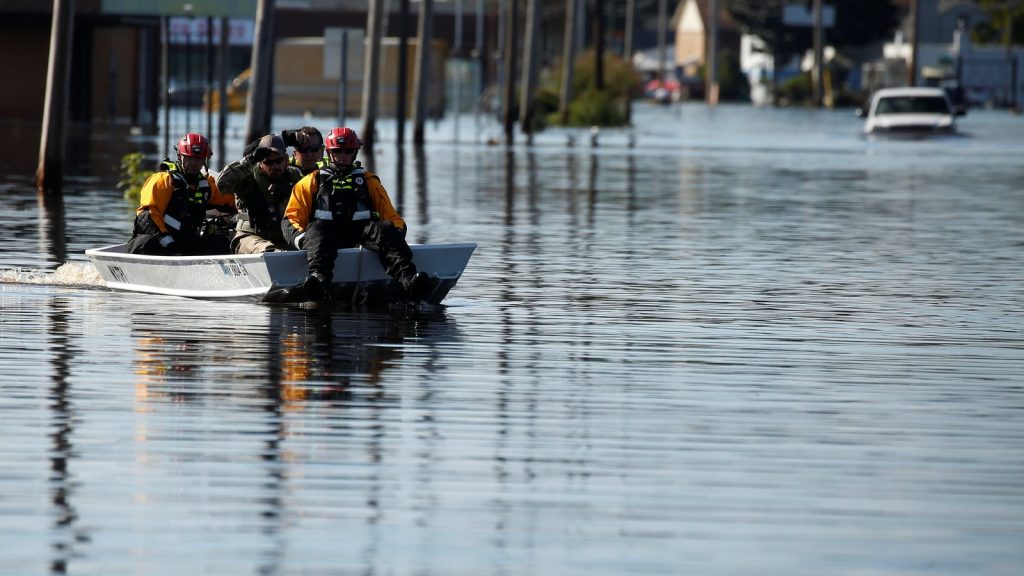 The storm moved away from the state on Sunday, but North Carolina rivers are still rising. Officials in Greenville, 85 miles inland, yesterday ordered thousands to evacuate from low-lying areas and warned that washed-out roads could cut off some communities.

One woman in Lumberton, North Carolina, told CNN that she had been trapped in her house for three days during the storm while alligators swam outside. “I was hoping the alligators wouldn’t come into the door,” Joni Gaddy said. “You can literally sit on the porch and look at the alligators in the water with the snakes.”

Alligators aren’t the only dangerous things in the water. North Carolina is the nation’s second-largest pork-producing state and it’s estimated that tens of thousands of pigs drowned in the flood. Besides the threat posed by their rotting carcasses, locals and environmentalists fear that rising water could send millions tons of toxic hog waste into waterways as the flood waters breach waste lagoons in the eastern part of the state.

More than 1,000 fatalities have now been connected to Hurricane Matthew, the vast majority of them in Haiti. The death toll in North Carolina is currently at 20, but officials fear it could continue to rise.

Katie Herzog
When it comes to abortion, trust that women know what they want.
The Clinton campaign isn’t ready to take a stance on the Dakota Access pipeline.