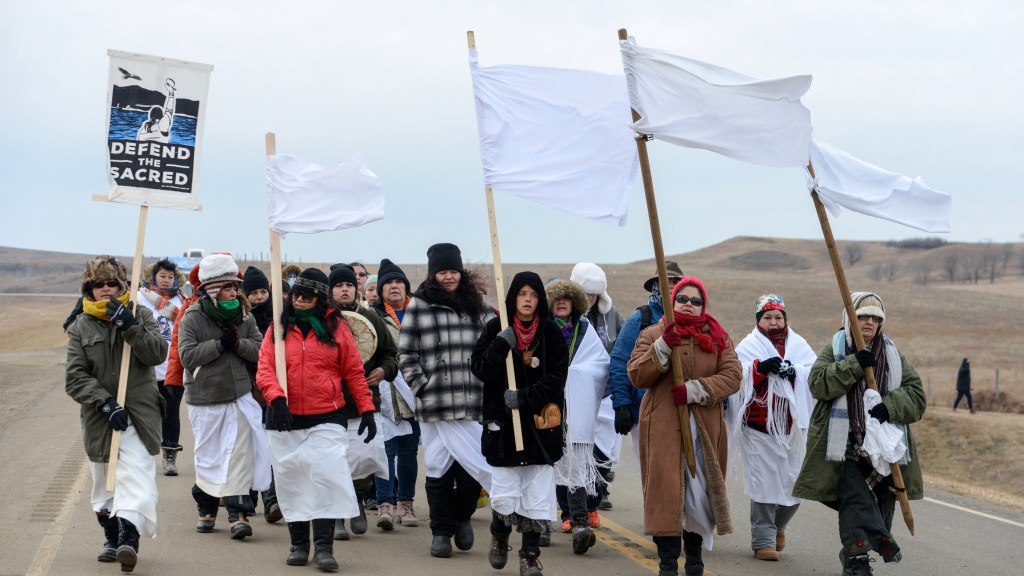 Protestors, Dalyrmple added, will not be forcibly removed, but those who stay do so at their own risk. This follows a similar order by the U.S. Army Corps of Engineers issued Friday.

In response to the governor’s order, Standing Rock Sioux Chair Dave Archambault II said, “This state executive order is a menacing action meant to cause fear, and is a blatant attempt by the state and local officials to usurp and circumvent federal authority.”

Meanwhile in Washington, D.C., lawmakers are finally starting to pay attention to the protests. New Jersey Sen. Cory Booker asked the Department of Justice to investigate the police response after hundreds of demonstrators were sprayed with water cannons in freezing temperatures. Sen. Al Franken of Minnesota has also called for a investigation into law enforcement tactics, and in September, Rep. Raúl Grijalva of Arizona and more than a dozen members of Congress sent a letter to President Obama seeking an immediate halt to construction.