Northern Alaska is warming so fast, it's faking out computers. - Grist 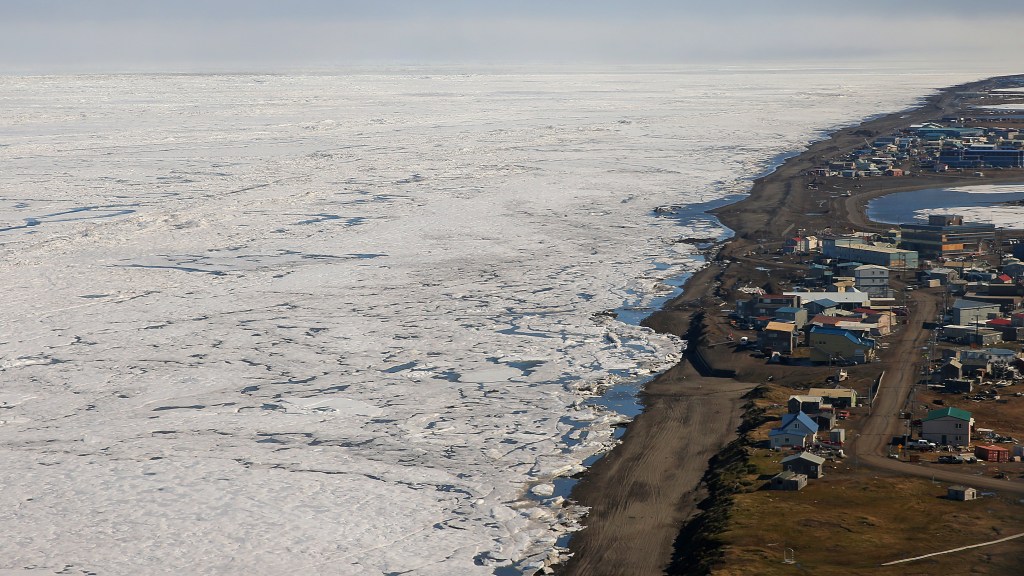 Northern Alaska is warming so fast, it’s faking out computers.

The loss of near-shore sea ice near Utqiaġvik (Barrow) has been so abrupt, it’s transformed the local climate.

Open water in the Arctic causes a compounding warming effect and rapidly elevates temperatures — water is darker than ice and absorbs heat quicker. The effect is particularly strong between October and December, the time of the year that used to have sea ice, but often doesn’t anymore. Octobers in Utqiaġvik are now nearly 8 degrees warmer than Octobers in the 1980s and ’90s.

In an ironic exclamation point to swift regional climate change in and near the Arctic, the average temperature observed at the weather station at Utqiaġvik has now changed so rapidly that it triggered an algorithm designed to detect artificial changes in a station’s instrumentation or environment and disqualified itself from the NOAA Alaskan temperature analysis, leaving northern Alaska analyzed a little cooler than it really was.

Basically, the computer thought the weather station had been moved. It hasn’t moved; Utqiaġvik is just a different place now.

Eric Holthaus
A bill in Congress would require more scientific research … into geoengineering.
This House committee has clearly picked a side in the national monument debate.