Not all coal workers at the Clean Power Plan hearing in West Virginia wanted it repealed. - Grist 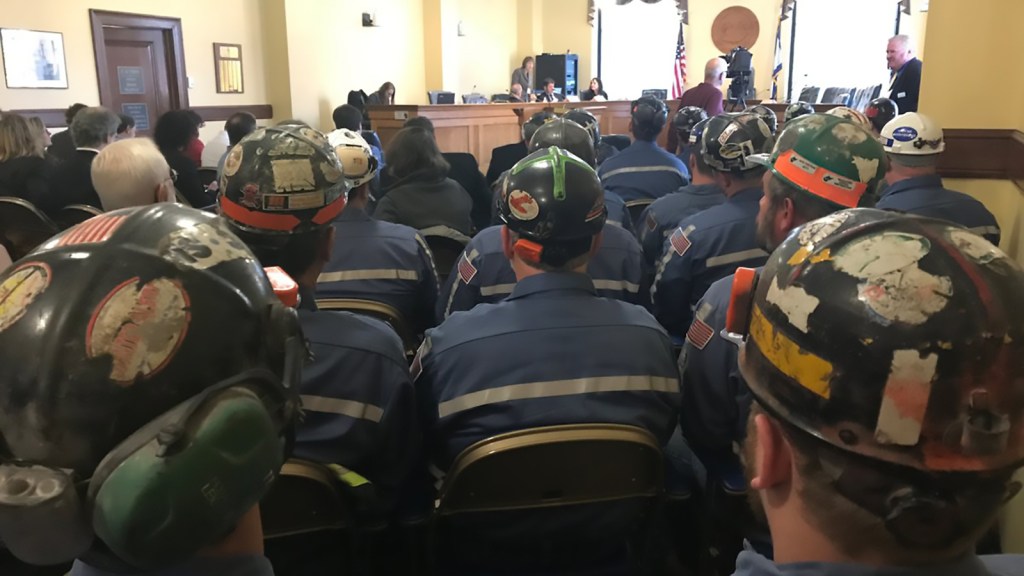 Not all coal workers at the Clean Power Plan hearing in West Virginia wanted it repealed.

EPA Administrator Scott Pruitt’s strategy to bring the public discussion, which ended Wednesday, “to the heart of coal country to hear from those most impacted” backfired when a few legacy coal miners like Nick Mullins of Kentucky came to testify.

“I don’t want [my son] to be a sixth-generation coal miner,” Mullins said, adding that the plan could lead to diverse job opportunities that won’t endanger his family’s health. When Obama announced the Clean Power Plan in 2015, the EPA estimated it could prevent up to 3,600 premature deaths and 90,000 childhood asthma attacks.

As Oklahoma’s attorney general, Pruitt sued the EPA to stop the plan’s implementation. The rules would have forced states to cut emissions by 32 percent below 2005 levels by 2030. It was a big piece of the United States’ compliance with the Paris climate accord, which President Trump now plans to leave.

“As long as I can draw a breath, I’m going to keep working to fight climate change and protect the land and country I love,” said Stanley Sturgill, a Kentucky resident living with black lung disease after more than 40 years as a coal miner. “For the sake of my grandchildren and yours, I call on you to strengthen, not repeal, the Clean Power Plan.”

Justine Calma
This researcher is defying Scott Pruitt and refusing to resign from EPA science board.
Convicted coal baron Don Blankenship is running for U.S. Senate.