Apparently, all it takes to fix strained relations in Washington is beer. - Grist 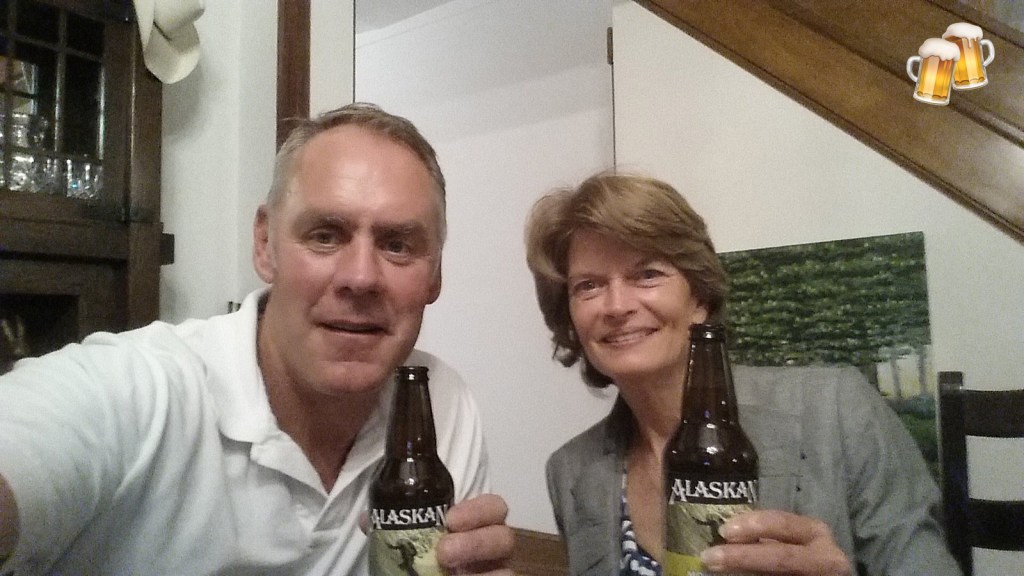 Apparently, all it takes to fix strained relations in Washington is beer.

After reports of tension between Alaska Republican Senator Lisa Murkowski and Interior Secretary Ryan Zinke, the pair really wants you to know they patched things up with some Alaskan brewskis.

“I say dinner, she says brews,” Zinke tweeted alongside a photo (clearly a selfie) of the two. “My friends know me well.”

The “hey look, we’re cool” drinks came just days after Zinke called Murkowski and her Alaskan colleague Dan Sullivan about her health care vote, which helped sink the Republican effort to repeal the Affordable Care Act. Zinke reportedly implied that Alaska’s economic growth — including future oil and gas development — might hit snags if Murkowski didn’t fall in line. After reports of the calls, lawmakers called for investigations on what they saw as “political blackmail.”

Murkowski said “it was not a very pleasant call,” but said she didn’t take the conversation as a threat. The Interior secretary said the reports that he did threaten her were “laughable.”

Despite the photo and both politicians’ obvious desire to smooth things over, it’s not all IPAs and smiles yet. On Thursday, the Interior Department’s Office of the Inspector General said it would begin a preliminary investigation into the calls.

Emma Foehringer Merchant
Need more banjo in your life? Of course you do.
As Keystone XL’s fate is decided, activists descend on Nebraska.