Nuns built a chapel smack dab in the route of a proposed pipeline. - Grist 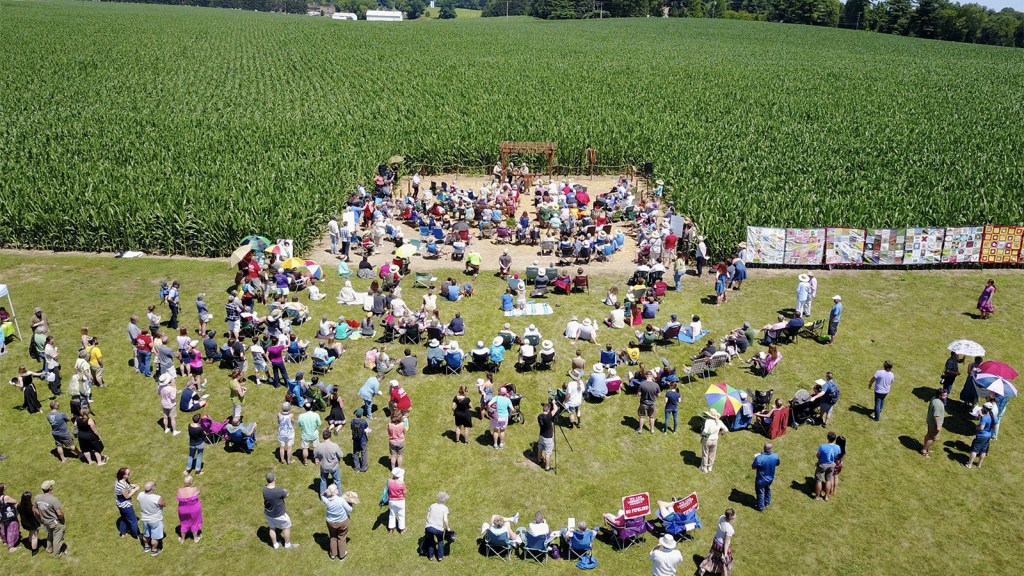 Nuns built a chapel smack dab in the route of a proposed pipeline.

An extension of the Transco natural gas pipeline system — cheerily called “Atlantic Sunrise” — would run 183 miles across Pennsylvania. Its path goes through lands belonging to the Adorers of the Blood of Christ, an order of Catholic nuns. The sisters are not having it.

A federal agency granted permission for Williams Partners, the company behind the pipeline, to use eminent domain to seize and build on private lands, but it has not yet gone into effect.

That left the nuns, assisted by the grassroots group Lancaster Against Pipelines, free to raise their open-air chapel with the intent to stall construction. They held a dedication ceremony on Sunday for the makeshift chapel, which sits right where the proposed pipeline would cross their land. Hundreds of people attended.

In response, Williams Partners filed an emergency order to hasten the seizure of the Adorers’ land, and a court hearing is now scheduled for July 17.

The pipeline would violate the Adorers’ “land ethic,” which calls for them to “honor the sacredness of all creation.” It seems like pipelines have a bad habit of encroaching on sacred spaces.

Abigail Bechtel
Read the climate blockbuster everyone’s talking about.
California’s governor is making climate deals with China, but can he pass legislation at home?