Obama doesn't sound like a guy planning to fight for his climate legacy. - Grist

Cooling down on climate change 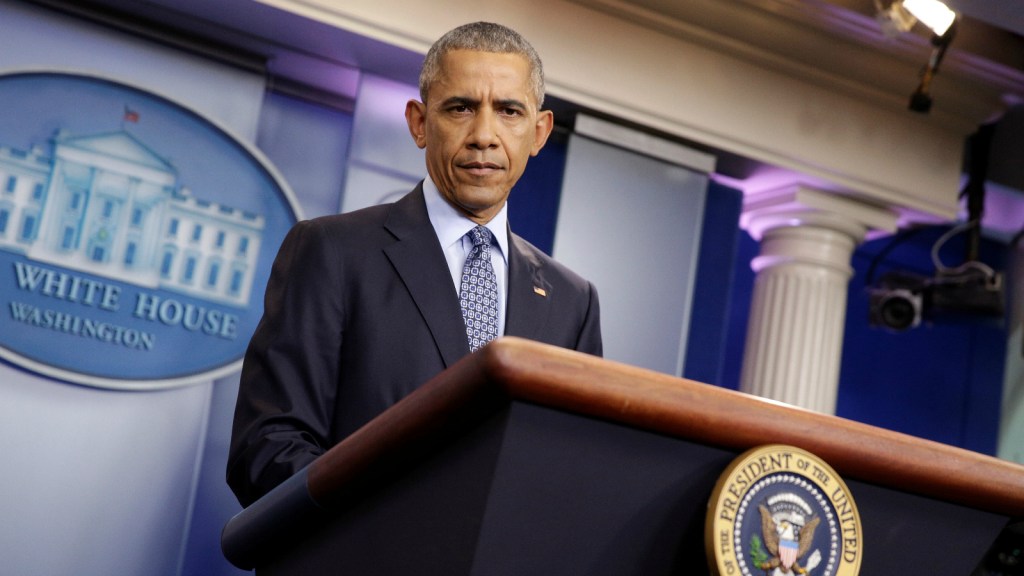 Obama doesn’t sound like a guy planning to fight for his climate legacy.

At his final press conference on Wednesday, the president said that some issues — for example, “how concerned are we about air pollution or climate change” — are just part of the “normal back and forth, ebb and flow of policy.”

Other issues, though, might get him riled up enough to speak out after he leaves office. “[T]here’s a difference between that normal functioning of politics and certain issues or certain moments where I think our core values may be at stake,” he said. He listed a few things that he would see as threats to those core values: systematic discrimination, voter suppression, efforts to silence dissent or the press, and deportation of so-called Dreamers.

It sounded like an articulation of his priorities in the Trump era, and global warming didn’t make the cut. Likewise, in Obama’s farewell address last week, he mentioned climate change and clean energy, but his more passionate points were about sustaining a healthy democracy.

In September, Obama talked about focusing on climate change after he leaves office, but at that point, he thought Hillary Clinton would be succeeding him. Now that Donald Trump is moving into the Oval Office, Obama seems to be indicating that he’ll focus on other problems instead.

Lisa Hymas
Heading to D.C. this week? There’s a climate-themed protest for you.
A second Goldman prize-winning activist, Isidro Baldenegro López, was murdered this Sunday in Mexico.