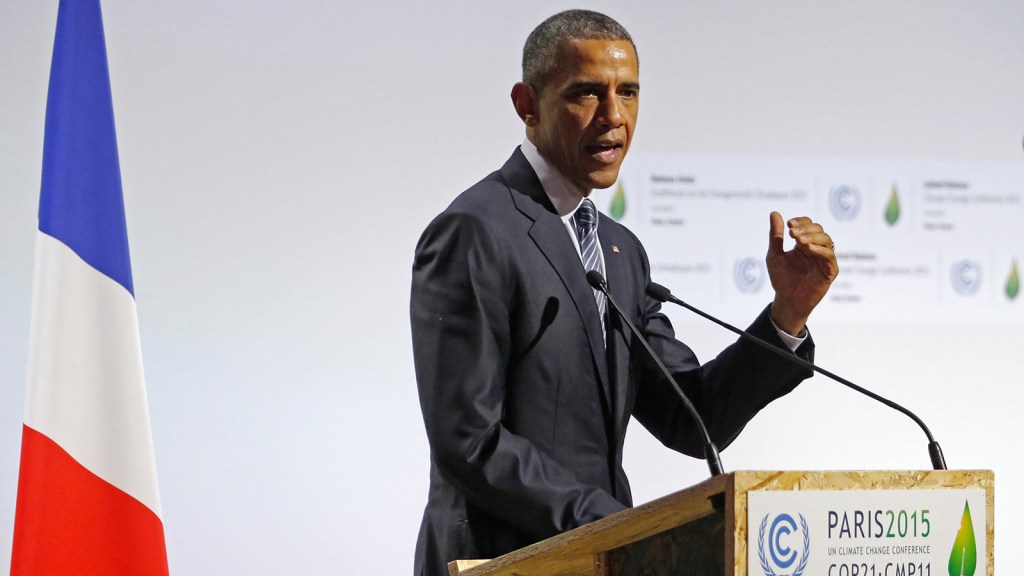 Obama’s been connecting the dots between national security and climate change for years, but now his administration is showing that he’s serious.

On Wednesday, the White House announced a collaboration between 20 federal climate and security agencies, meaning that, for the first time, U.S. agencies and intelligence workers will incorporate findings on climate change into their planning and policies.

It will hopefully shed light on where instability due to drought, famine, or climate-fueled migration is most likely. This could apply to situations ranging from conflict in drought-stricken Mali to civil war-torn Yemen’s reduced ability to cope with a devastating cyclone.

When accounting for climate change, the government might better identify where to direct money for aid or intervention.

Before the White House even puts this plan into action, the strategy could wind up as a campaign talking point. The strategy echoes arguments from Democrats like Bernie Sanders, who’ve called climate change the nation’s greatest security threat. It’s also bound to infuriate some Republicans who say the connection is ridiculous (In Trump-speak: “We’re like the dummies that everyone laughs at.”)

Military experts and the Pentagon itself agree with Obama’s more nuanced approach: that national security and climate change are linked.

Emma Foehringer Merchant
There was another brutal attack on an indigenous environmental activist.
Cyclists and walkers are building their own bike lanes and crosswalks.