The Obama administration was planning to resume deporting Haitians before the hurricane hit. - Grist 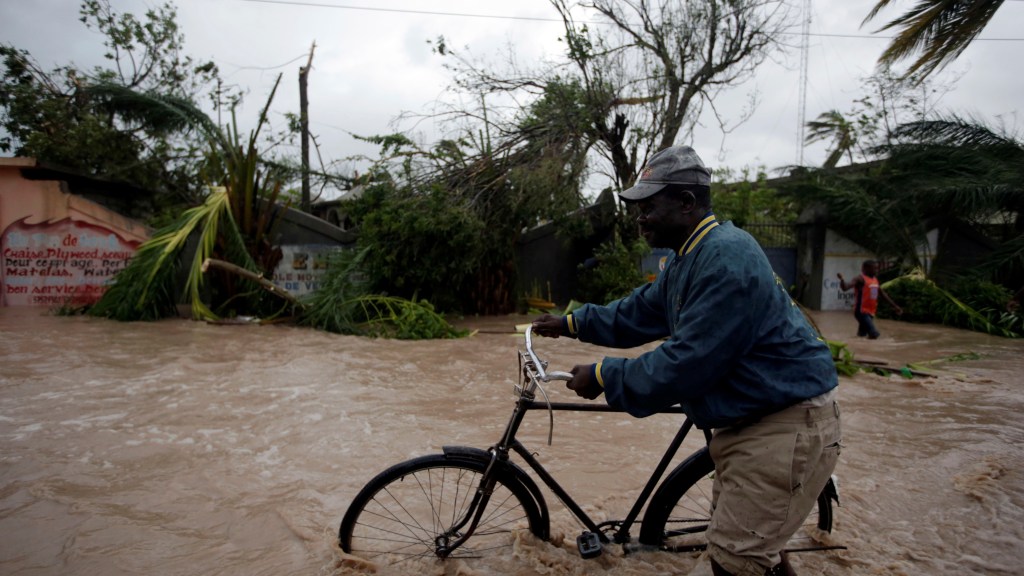 The Obama administration was planning to resume deporting Haitians before the hurricane hit.

Now that Matthew has torn through the country, killing at least 800 people, it’s unclear if the administration will change course, as no immediate plan to re-evaluate the deportations has been announced.

The number of confirmed dead and injured in Haiti is sure to grow as the water recedes and emergency crews assess the damage. Tens of thousands of people are now homeless, and an epidemic of cholera is claiming more victims, Reuters reports.

For nearly seven years, the Obama administration held off deporting Haitians after the devastating 2010 earthquake. But two weeks ago, Homeland Security’s Jeh Johnson claimed that “the situation in Haiti has improved sufficiently to permit the U.S. government to remove Haitian nationals on a more regular basis.”

A Homeland Security spokesperson told the San Diego Union Tribune earlier this week, before the extent of the devastation was fully known, that the agency was monitoring the storm and “will assess its impact on current policies as appropriate.”

The administration’s immigration policy means that many deportees face the deadly consequences of global warming. The tragic irony is that many of those deportees are coming from countries that have contributed very little to climate change.

This report has been updated throughout.

Aura Bogado
As the largest storm in a decade nears Florida, the Caribbean starts to dig out.
Hurricane Matthew is heading for states where senators don’t accept climate science.