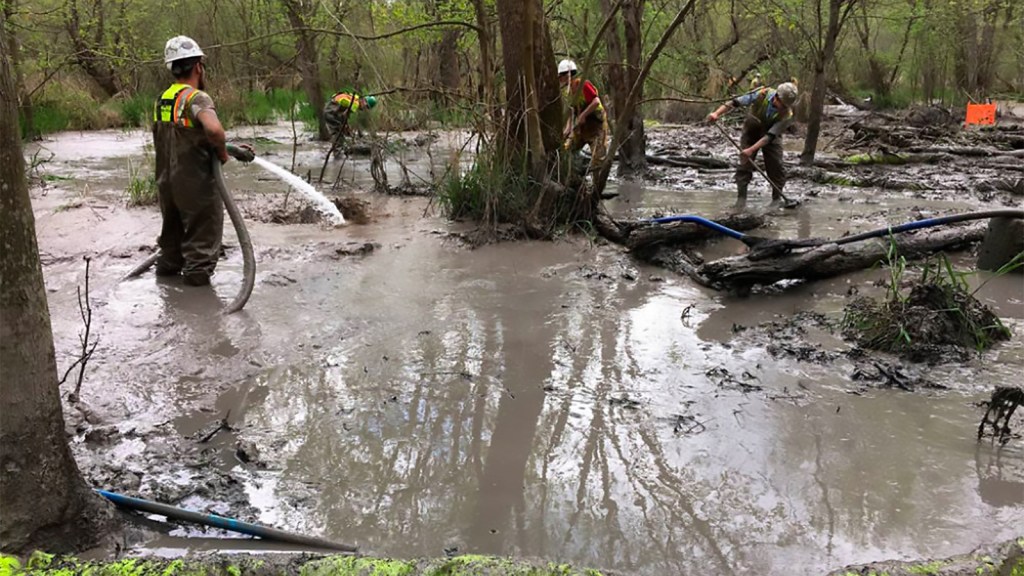 Ohio is suing an Energy Transfer Partners pipeline for spilling millions of gallons of drilling fluid.

The Ohio Environmental Protection Agency has issued the Rover Pipeline 13 violations since its construction began earlier this year, including citations for disposal of diesel fuel near sources that supply drinking water.

Once complete, the pipeline will run 713 miles transporting natural gas from processing plants in Ohio, Pennsylvania, and Virginia to markets across the U.S. and Canada. In September, the Federal Energy Regulatory Commission allowed construction to resume after it was halted for four months as a result of accrued violations. Days after restarting, the project received its latest citation for leaking wastewater and sediment into a tributary of an eastern Ohio creek.

The state’s attorney general filed the lawsuit against the pipeline, demanding Rover pay civil penalties of $10,000 per day for each violation. Energy Transfer Partners — the Texas-based company behind the Dakota Access Pipeline — is developing Rover. In September, the state EPA said the project already owes $2.3 million in fines and damages.

Energy Transfer Partners claims the suit will not affect its construction timeline. “We have worked cooperatively with the Ohio EPA for the past six months to resolve this matter,” the company told PBS Newshour. “We are therefore disappointed that they have resorted to litigation.”

Justine Calma
EPA says the water at a Puerto Rico Superfund site is safe. This congressman isn’t convinced.
Over half of Greenland’s ice sheet is in danger of melting.