Oil could flow through the Dakota Access Pipeline as early as next week. - Grist 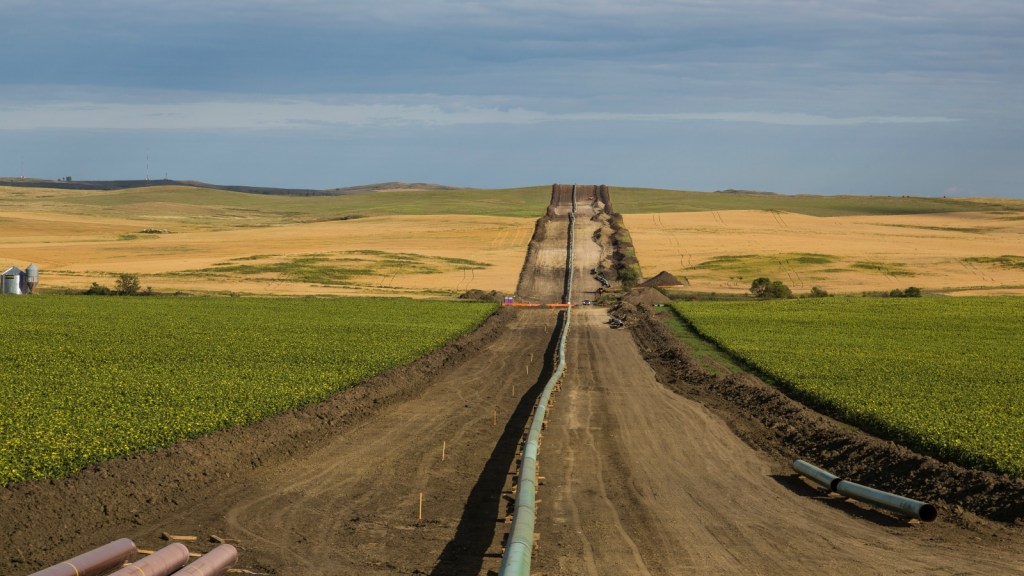 Oil could flow through the Dakota Access Pipeline as early as next week.

On Tuesday, a U.S. district judge denied a motion to stop construction of the final piece of the pipeline, which had been filed by the Standing Rock Sioux and Cheyenne River Sioux Tribes.

While disappointing to the tribes, the ruling is narrow. It only concerned the tribes’ claim that oil spilled by the pipeline in Lake Oahe could interfere with their right to religious practice, as they consider the lake’s water sacred. The ruling does not affect the tribes’ primary suit, which is expected see a final ruling by May. But oil will likely flow through the pipeline at least until that decision.

Also on Tuesday, indigenous people from across the country and their allies began gathering in Washington, D.C., ahead of the Native Nations March, which will protest the Dakota Access Pipeline. The demonstrators are setting up tipis outside the National Mall and holding cultural workshops and religious ceremonies. On Friday, they will march from the headquarters of the Army Corps of Engineers to the White House.

Meanwhile, resistance to the pipeline is continuing far beyond D.C. in the form of divestment campaigns. On March 1, Norway’s largest private investor divested $34.8 million in shares from three companies funding the pipeline. On March 7, the San Francisco city treasurer said he would consider divesting the city’s portfolio.

Sabrina Imbler
Oceans are about to turn into a frothing cauldron of death.
Trump just picked an ambassador to Russia who (gasp!) cares about climate change.