I'll stick with the salad 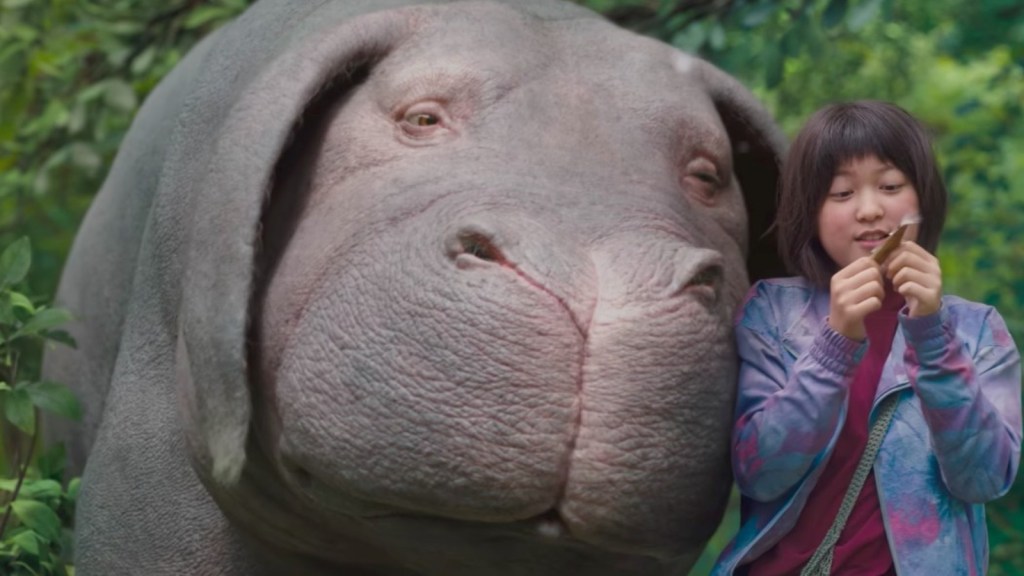 Imagine you have a pet that’s been genetically engineered to be delicious meat. The people who engineered said pet are eventually going to come after it for its intended purpose — what do you do?

This is the premise of Okja, the new film from Snowpiercer director Bong Joon Ho. Mija is a tween desperately trying to save her giant, genetically-engineered pet pig, Okja, from the hands of corporate butchers. It’s a guaranteed heartwrencher set against the lush mountains of South Korea.

In an interview with the New York Times, director Bong Joon Ho disclosed that he’d visited a Colorado slaughterhouse to prepare for the film’s graphic scenes. The experience pushed him to go temporarily vegan — and he wants to convey those horrors to the audience. “I wanted to inflict certain psychological pain [on the audience] because in reality, that’s what the animals go through,” he said.

Certain scenes succeed so well in this regard that the film was initially turned down by multiple studios. Netflix, however, will be streaming the film starting on June 28. Keep your tissues close and your tofu closer.

Manola Secaira
This professor made a climate change PowerPoint for Trump, and it will make you smile.
A top scientist ‘felt bullied’ to downplay facts by EPA chief of staff.