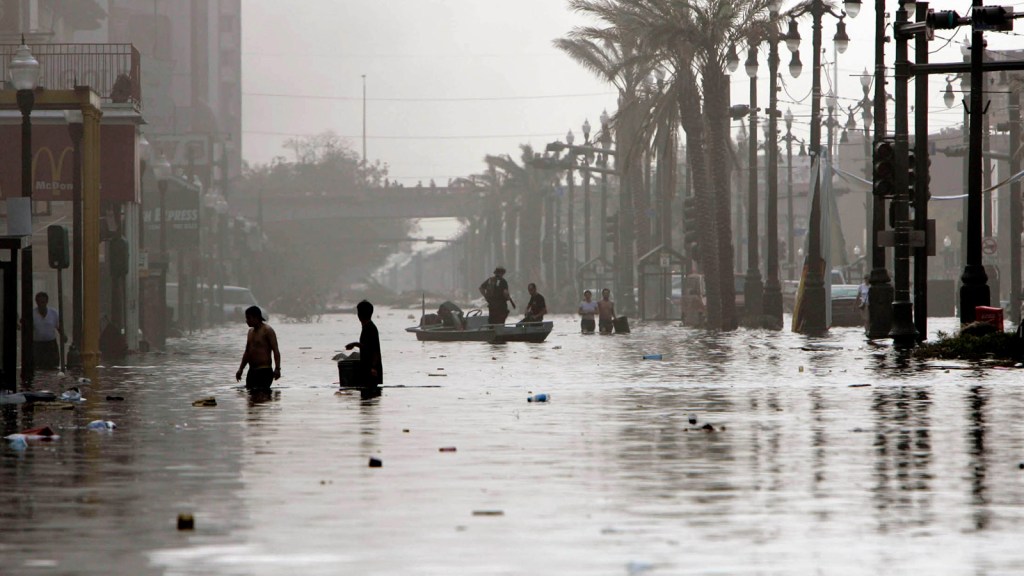 On Katrina’s 12th anniversary, Harvey pours down on New Orleans.

The city shut down under a flash food watch on Tuesday as the storm’s outer bands drench the streets.

A six-hour drive away in Houston, rescuers are swooping in on boats and helicopters to pull thousands of stranded people to safety. It’s all frighteningly evocative of the devastation wrought by Hurricane Katrina back in 2005. Katrina made landfall on Aug. 29 of that year, plunging 80 percent of the Crescent City underwater for weeks and leaving 1,500 people dead.

Forecasts call for Harvey to douse New Orleans with 4-8 inches of rain over the next few days. Though that’s notably less than the 49 inches Harvey has already dropped on the hardest-hit areas in Texas — making it the most extreme rain event in U.S. history — any major rain is bad news for New Orleans. Most of the city is below sea level, and its drainage pumping system is still “broken.”

In early August, a deluge hit the city and revealed that 17 of its 120 pumps weren’t working. Those pumps are spread across the city to suck water from storm drains and canals and deliver it into nearby bodies of water. The city has been working to fix problem, but the drainage system’s overall capacity remains “diminished.”