On Sunday, hundreds of scientists took a break from doing science to rally in support of it. - Grist 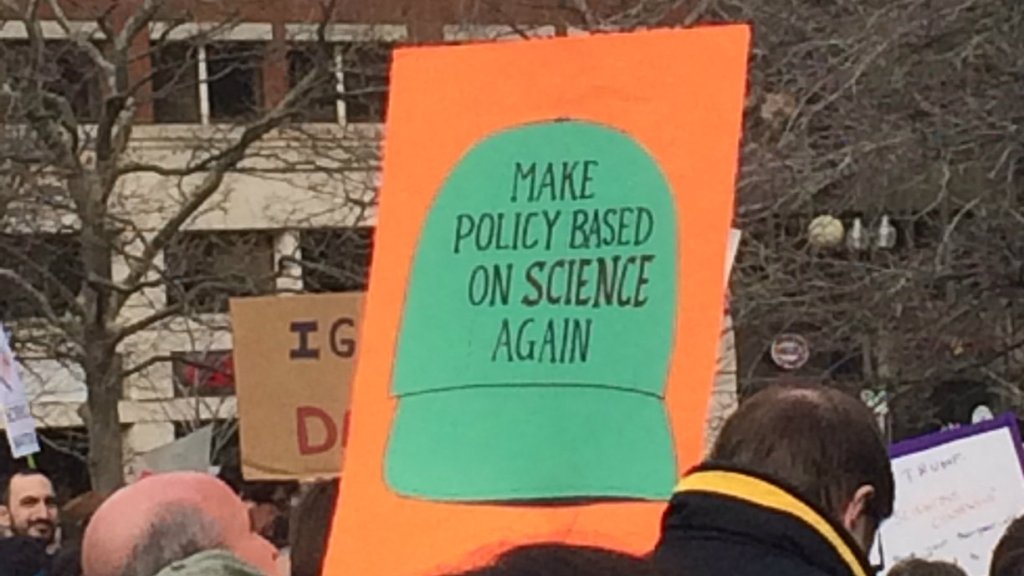 On Sunday, hundreds of scientists took a break from doing science to rally in support of it.

The protesters gathered in Boston’s Copley Square with some impressively nerdy signs, including “Scientists are wicked smaht” and “If you’re not part of the solution, you’re part of the precipitate.”

The rally coincided with the annual meeting of the American Association for the Advancement of Science, held a few blocks away, but was not sponsored by the scientific organization. In fact, scientists have often been wary of participating in political demonstrations, citing the need for science to be objective and nonpartisan.

“We’re not protesting a party,” one scientist told the Boston Globe. “As scientists, we want to support truth.”

Truth, however, has increasingly become a political issue, with an administration that has denied climate change, attacked the value of the EPA, and put forward a non-evidence-based travel ban that would adversely affect many scientists and researchers in the United States. As one sign at the rally put it, “Alternative facts are the square root of negative one.” That is, imaginary.

Sunday’s rally was a warm-up act for the March for Science, which is expected to bring many thousands of scientists to Washington, D.C., on April 22, Earth Day.

Amelia Urry
Racism was a big factor in the Flint water crisis, a new report explains.
Scott Pruitt is making nice with EPA employees, but big changes are to come.