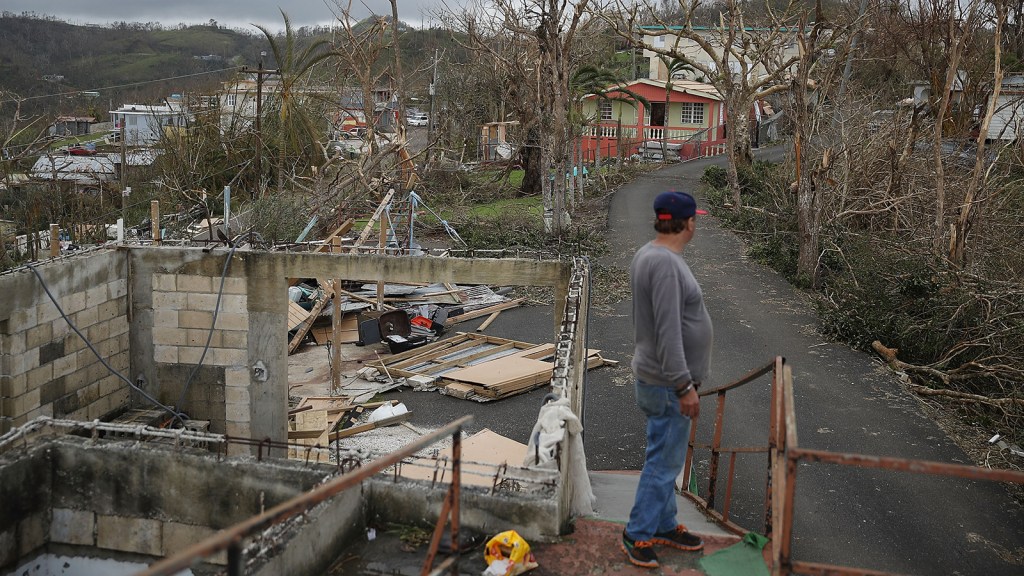 The legislation, which only needs President Trump’s signature to become law, treats the U.S. territory as a foreign entity, imposing a 12.5 percent tax on intellectual property income for U.S. companies operating on the island.

Governor Ricardo Rosselló called the tax “a huge blow for Puerto Rico,” which is likely to cripple the island’s productivity, shrink the local government’s revenue, and cost residents thousands of jobs. The tax bill also makes it more difficult for survivors of natural disasters to deduct losses from hurricanes, floods, and fires.

Today, more than 250,000 Puerto Ricans still lack access to clean water and more than a million are without electricity. “Some of the reasons that the impact of the damage was so profound was because of how weak the systems are and the deep issues of poverty, inequality, and discrimination that have affected a majority of Puerto Ricans,” Oxfam America President Abby Maxman tells Grist.

The UN recently completed a study of poverty in the U.S., which included a survey of the situation in Puerto Rico. In the report, its author, Phillip Alston, a human rights law expert at New York University, calls the Republican-led tax reform “essentially a bid to make the U.S. the world champion of extreme inequality.”

Justine Calma
New York just blew a $390 billion-shaped hole in the fossil fuel industry.
What is Scott Pruitt so afraid of?