One city is making a good start at tackling its homelessness problems - thanks to a lawsuit. - Grist 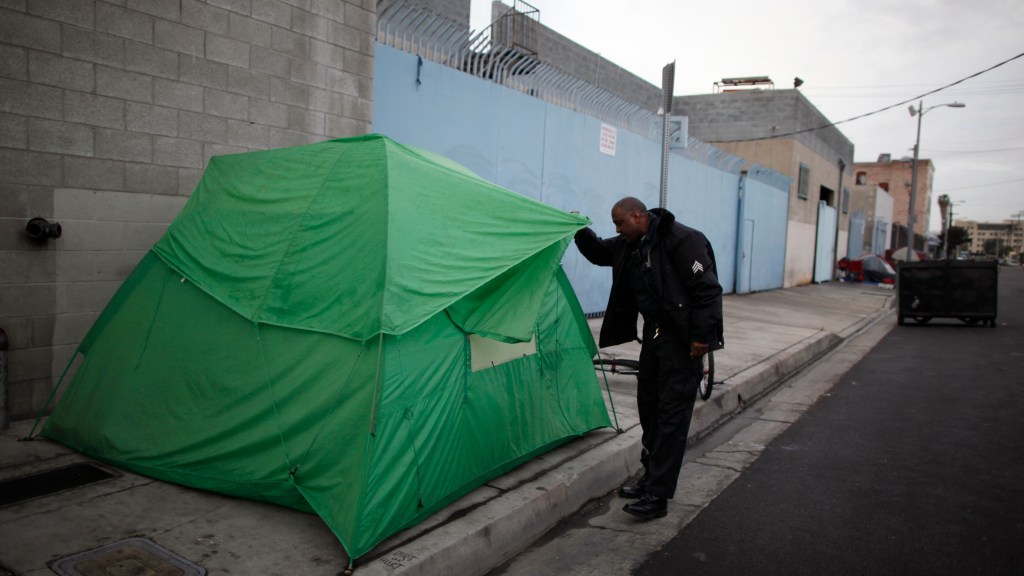 One city is making a good start at tackling its homelessness problems — thanks to a lawsuit.

Under the terms of a settlement, Pomona, California, will stop arresting people for sleeping outside and start setting up lockers for homeless people to store their property.

The city was sued, according to a report in the Los Angeles Times, because it confiscated and destroyed personal property during homeless sweeps. As part of the settlement, Pomona will build 388 lockers for people to store their property and won’t enforce three laws that prohibit people from erecting tents and sleeping overnight on public property until enough shelter beds become open for the homeless. But the city may resume enforcement of those laws when those beds are available.

Those involved in the lawsuit praised the settlement as a model for other cities to follow. But the settlement is a short-term fix, not a solution. The best way to help homeless people, according to advocates and the homeless themselves, is to provide supportive, permanent housing.

Aura Bogado
Introducing your giant windmill overlords.
Trump says, “Science is science and facts are facts,” and explains his “facts” on climate change.