One month later, most of Puerto Rico is still utterly destroyed. - Grist 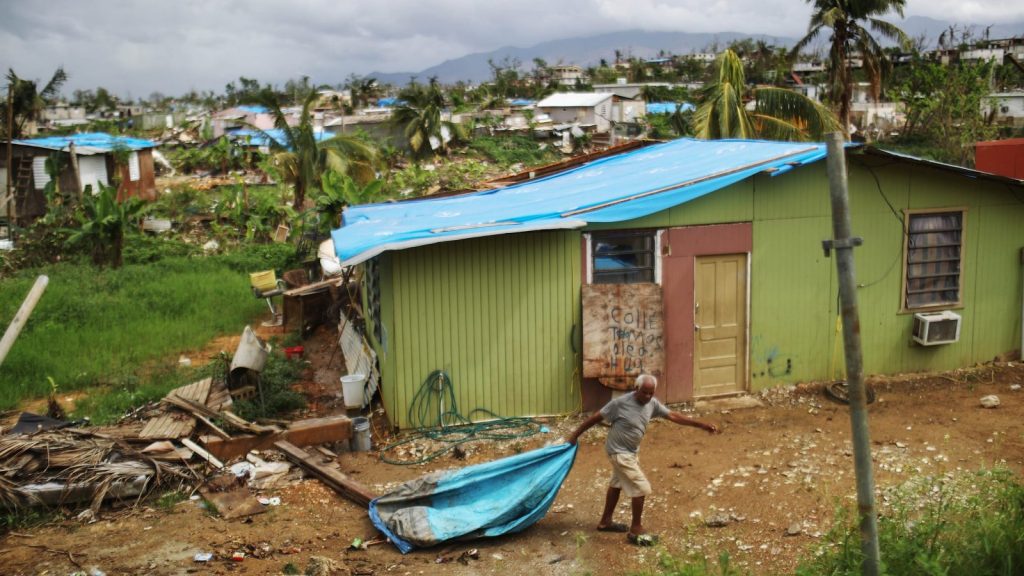 One month later, most of Puerto Rico is still utterly destroyed.

Since Hurricane Maria made landfall, the humanitarian crisis has devolved into one of the worst in modern American history. While President Donald Trump rates his own response to the crisis as a “10 out of 10,” the latest numbers show the situation is stark:

CBS News correspondent David Begnaud, who has been in Puerto Rico almost continuously since before Maria struck, called the situation on the ground “an endless emergency.” He told the Lafayette (Louisiana) Daily Advertiser, his hometown newspaper, “It has surpassed anything I’ve reported on before in terms of devastation.”

Citing an “unacceptable” government response, Oxfam, an international humanitarian organization, has mounted a rare effort to assist recovery from a disaster in a developed country. One month in, Oxfam says daily life in Puerto Rico is “untenable.” Furthermore, the organization noted: “The United States has the resources and experience to overcome these obstacles to save lives now and to build the long-term sustainability of Puerto Rico.”

Eric Holthaus
Old reefs hold the tale of past sea-level rise, and … it’s dramatic.
After decades of trying, petro-companies are one step closer to drilling in the Arctic Refuge.