Our hero of the day is the Badlands National Park social media manager. - Grist

Bad to the bone lands 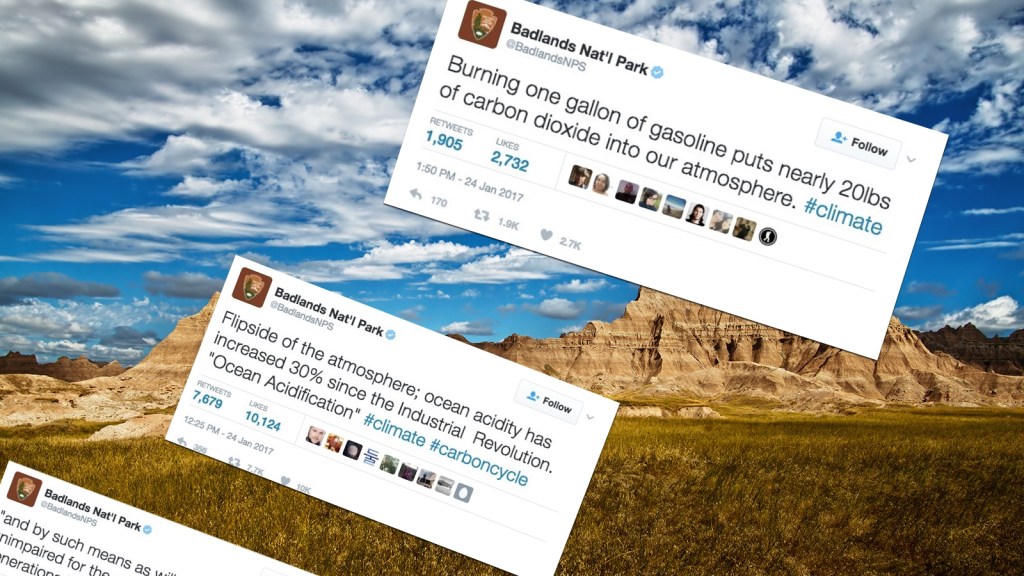 Our hero of the day is the Badlands National Park social media manager.

If the White House wants to silence government agencies, Badlands National Park is not here for it. The park’s official Twitter account sent out a climate-science tweetstorm Tuesday afternoon. 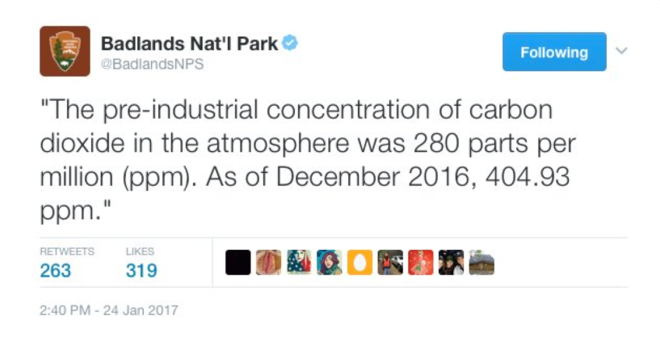 Earlier in the day, the Trump administration ordered government employees across multiple agencies to refrain from talking to the press or posting on social media. The National Parks Service (under the Department of the Interior) was not included in this order. That may change after today’s posts, which many interpreted as an act of defiance.

Tweets from Badlands National Park, which have since been deleted, shared facts on ocean acidification, CO2 in the atmosphere, and other climate science topics.

This isn’t the first time a Twitter account associated with the National Parks Service has gotten under the president’s skin. The NPS’ main account was under a gag order from the administration last week after retweeting statements critical of Trump’s inauguration crowd size.

Cody Permenter
The EPA is getting an “absolute hammering” from the Trump administration.
A leaked list of Trump’s infrastructure priorities looks pretty surprising.