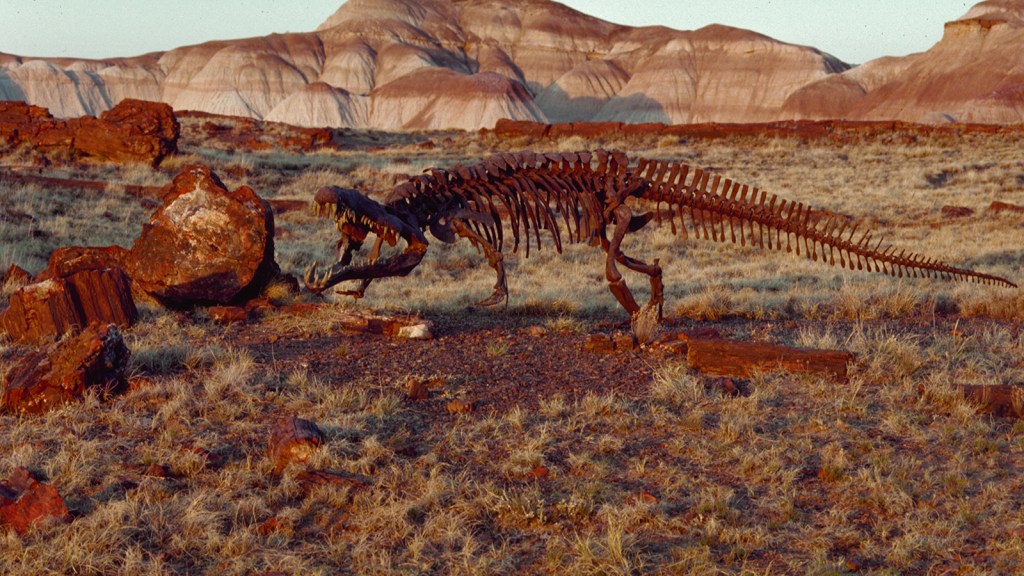 The Triassic-period fossils were found on land that is no longer federally protected, thanks to President Trump.

The remains of three large, intact phytosaurs — crocodile-like creatures that covered the globe 200 million years ago — were found by a team of 14 researchers excavating a rich fossil bed in Utah called the Chinle Formation in 2017.

Rob Gay, a paleontologist at the University of Western Colorado and leader of the expedition, announced the results at the Western Association of Vertebrate Paleontologists conference in Utah. Gay noted that his team discovered that the site had been previously looted; rookies made off with a chunk of a phytosaur skull before the site was given protected status by President Obama in 2016.

Luckily, paleontologists aren’t burying their heads in the, er, soil. The Society of Vertebrate Paleontology, alongside five Native American tribes, is suing Trump over Bears Ears and a number of other proposed rollbacks of national monuments. Way to go, fossil nerds!

Zoya Teirstein
The people most afflicted by pollution have new champions.
Climate science is back on the agenda in Idaho schools.