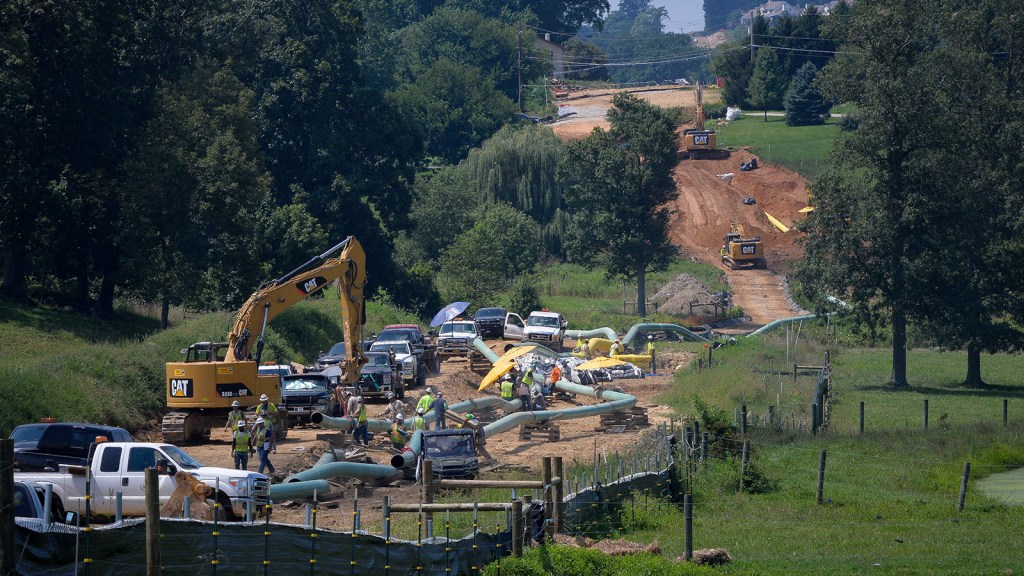 The state’s Department of Environmental Protection charged the pipeline’s developer with violations on Wednesday, including discharging industrial waste without a permit and not notifying the department of drilling-fluid spills.

The company has 30 days to respond to the Department of Environmental Protection on how it will rectify the problems. A Sunoco Pipeline spokesperson said the company is confident that it will be able to continue construction.

Sunoco Pipeline is a subsidiary of Energy Transfer Partners, the developer behind the Dakota Access Pipeline. Mariner East 2 is a $2.5 billion project that will transport natural gas liquids 350 miles from Ohio and Western Pennsylvania to outside Philadelphia.

The pipeline has come under scrutiny for spills that contaminated the well water of residents west of Philadelphia, forcing some affected families to leave their homes. It is also facing legal challenges from plaintiffs, backed by the Clean Air Council, who claim that Pennsylvania allowing Sunoco to seize their land through eminent domain was unconstitutional.

“Hopefully, DEP will really pause and take the time to look at how egregious the behavior of Sunoco has been throughout this process,” Clean Air Council Executive Director Joe Minott, told StateImpact, which first reported on the pipeline’s spills.