Built (not) to spill 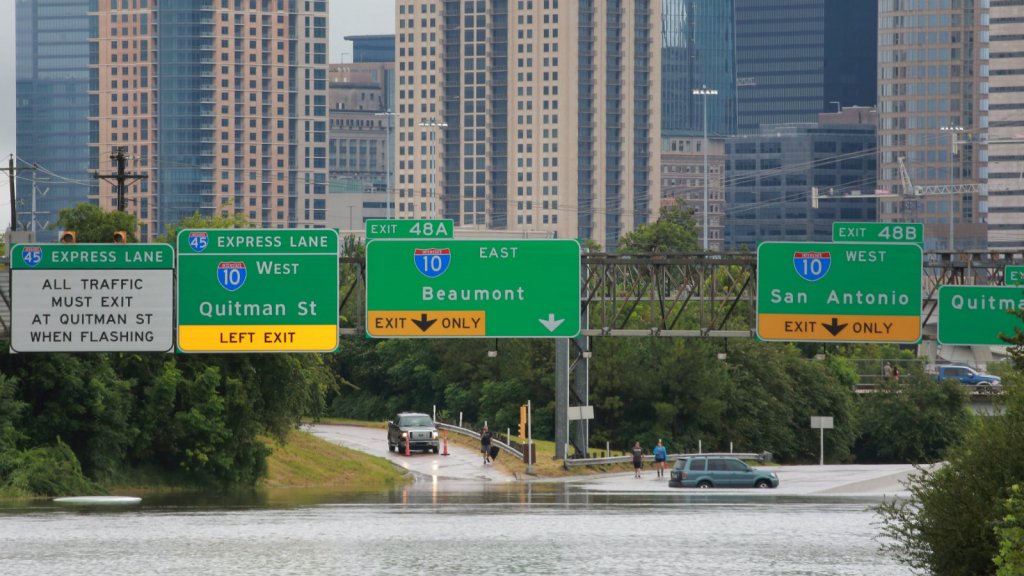 And all that unchecked development makes flooding worse. It’s worth looking back at an in-depth piece published last year by ProPublica and the Texas Tribune, which made a compelling case that, by turning Houston’s permeable prairie into houses, people have transformed a sponge into a bathtub. It has also put more people in harm’s way.

“More people die here than anywhere else from floods,” Sam Brody, a Texas A&M University at Galveston researcher, said at the time. “More property per capita is lost here. And the problem’s getting worse.”

Of course, it’s not just Houston. We’re doing the same thing along the Atlantic seaboard — rebuilding rather than retreating after Hurricane Sandy. Without regulations in place to force people to plan for floods (or wildfires or hurricanes) they often don’t. And President Trump is trying to make it easier to build without considering rising sea levels.

We’re making predictable disasters worse. We’ll need to do just the opposite if we are to adapt to climate change.