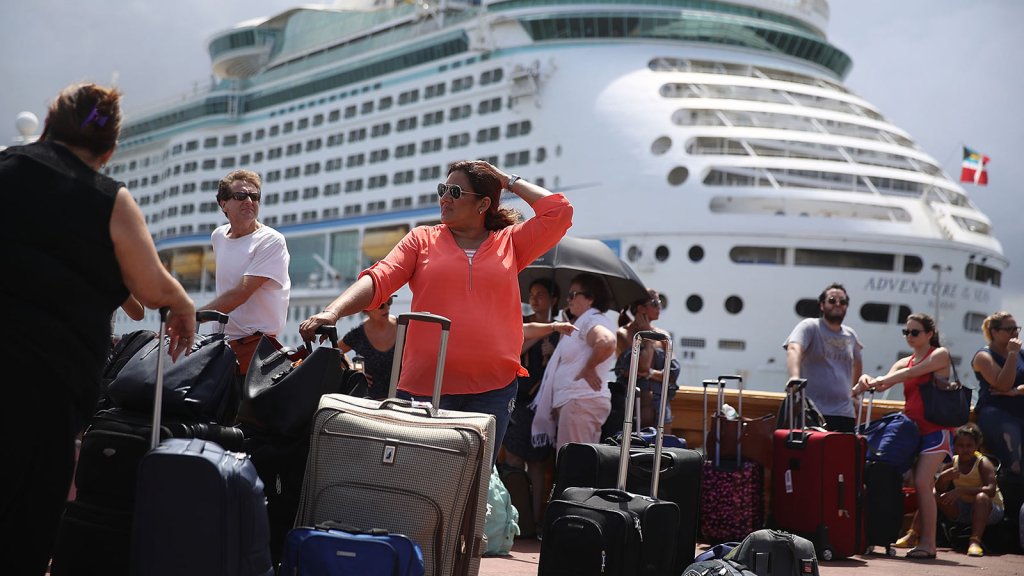 The territory’s population was already shrinking before the hurricane, and now that Maria has knocked out basic services, people may begin moving to the mainland en masse. Governor Ricardo Rosselló has said we could see massive migration to other states.

“I want to get my family out of here,” Brian Aronson from San Juan told Grist. “A week from now, I hope my wife and 4-and-a-half-year-old child will be in Miami.”

Climate change will fuel more humanitarian disasters in places that don’t have the wealth to adapt — which will lead to more migration. In some cases, anti-immigrant policies may keep climate refugees from moving to richer places, but there’s nothing to stop Puerto Ricans (who are U.S. citizens, after all) from moving to the states.

About 20 percent of the population of New Orleans never returned after Katrina. If the same percentage left Puerto Rico, it would amount to over 650,000 people, enough to swing elections. In other words, if the Trump administration can’t mobilize the forces to set the island back on its feet, it could mean enough new voters to turn Florida decisively blue.

Nathanael Johnson
‘Dammit, this is not a good news story,’ San Juan mayor responds to Trump official.
DAPL developer picks up the tab for North Dakota’s policing costs — and it ain’t cheap.