Pesticide sprayers have been hitting kids at recess. - Grist 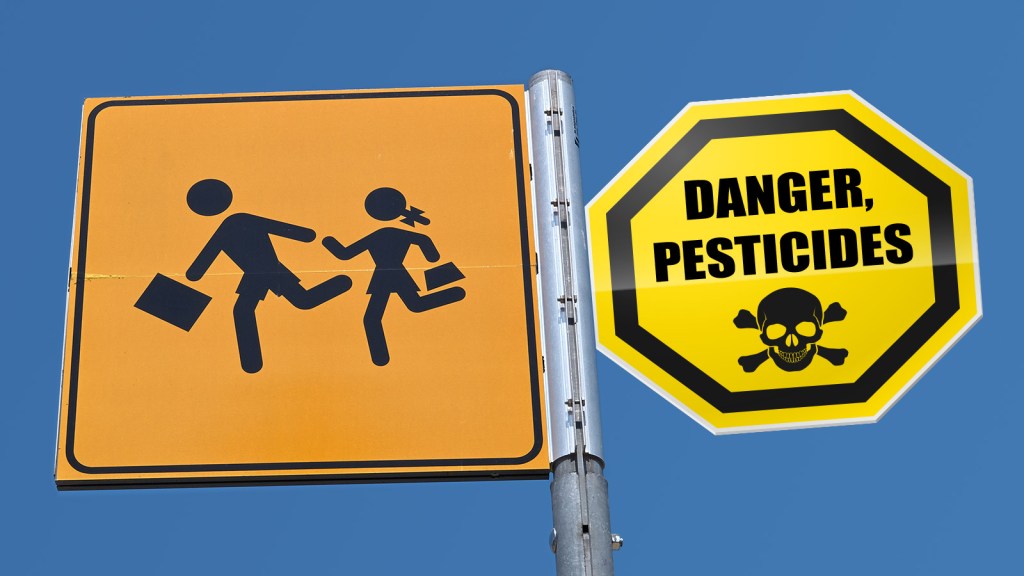 Pesticide sprayers have been hitting kids at recess.

California is finally moving forward on a delayed (it was supposed to be out by the end of 2015) rule to stop this sort of thing. The new rule creates buffer zones around schools and daycares. Farmers will only be allowed to spray when students are not present, and it also requires farmers to notify neighboring schools about when they are planning to apply some pesticides.

Regulators told the AP that there have been several cases where schools next to farms have been misted with chemicals.

“In the largest case, 11 students and their teacher at Cesar Chavez Elementary School in Monterey County became ill in April 2009 when a helicopter sprayed a field of spinach near the students who were outside for a physical education class, officials say,” Scott Smith at the AP writes. “They vomited and experienced burning eyes, headaches and irritated skin, officials say. The company hired to spray the pesticide had to pay a $700 fine.”

Nathanael Johnson
Next time you make pasta, step back from the faucet.
Deepwater Horizon was terrifying, and we’re not just talking about the explosions.