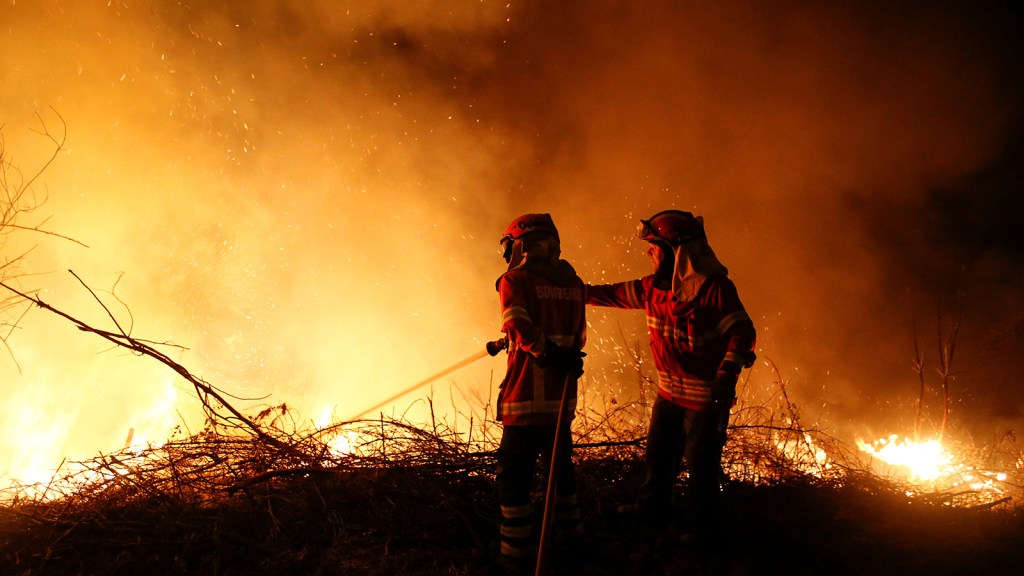 A series of fires in both countries this week killed more than 40 people and injured at least 63 more.

The fires began over the weekend and grew stronger on Sunday as remnants of ex-Hurricane Ophelia exacerbated the flames. Portugal’s forests have been burning all summer, and the Portuguese Institute of Sea and Atmosphere reports September was the country’s driest month on record since 1930.

Drought and high temperatures magnified fires that Spanish authorities believe were started by arsonists. “What we are dealing with here is something that is not caused by accident. It has been provoked,” Spanish Prime Minister Mariano Rajoy told the press on Monday.

Fires are still burning in northwestern Spain but don’t currently pose a threat to population centers. As of Tuesday morning, all active fires in Portugal had been extinguished. However, frightening images of smoke and destruction remain: