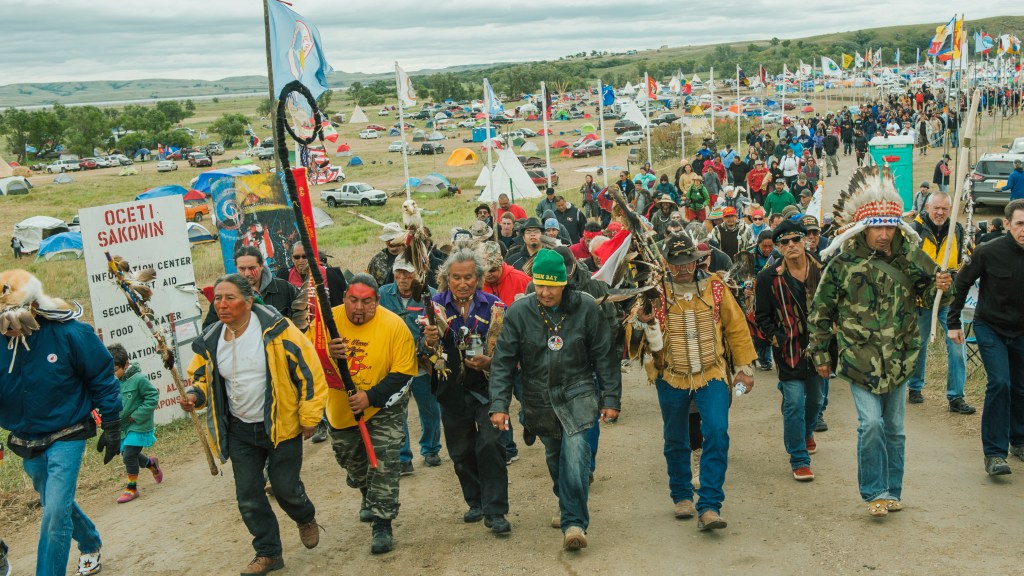 Police arrested another 22 people at the Dakota Access pipeline site.

A busload of officers in riot gear arrived to the site on Tuesday after two people locked themselves onto heavy construction equipment. The two were arrested on suspicion of disorderly conduct, criminal trespass, and hindering law enforcement, according to the local NBC affiliate KFYR-TV. Police arrested 20 others on suspicion of criminal trespass on private property.

Of the 22 people arrested on Tuesday, 15 were released overnight; seven remain in jail as of Wednesday morning, awaiting a bond hearing in the afternoon. Over the past month, more than 40 people have been arrested around the Dakota Access construction zone. Another 30 were arrested in Iowa in August for trying to disrupt construction of the pipeline that would cut across four Midwestern states.