Police tactics at Standing Rock have escalated to using water cannons in the freezing cold. - Grist 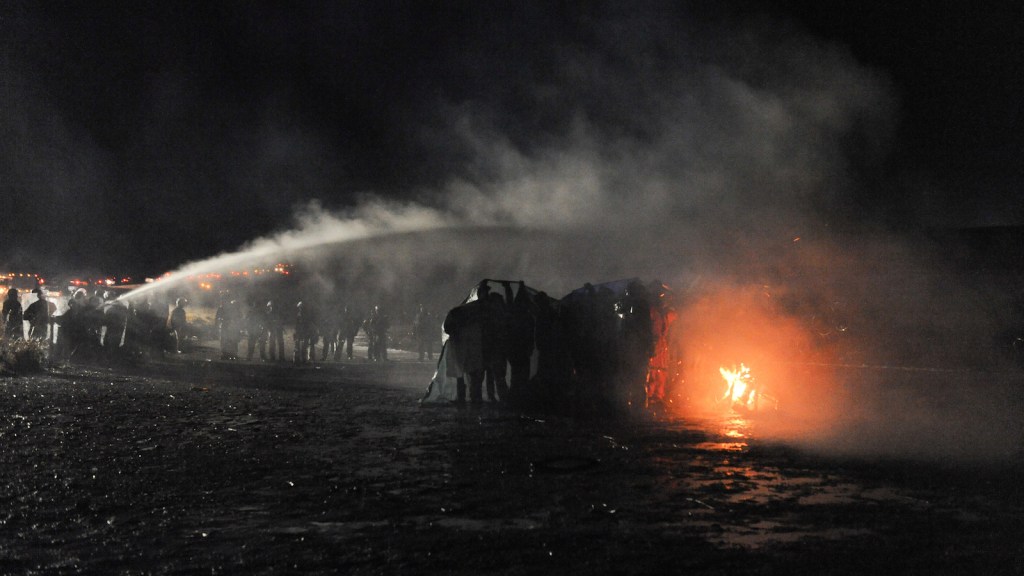 Police tactics at Standing Rock have escalated to using water cannons in the freezing cold.

On Sunday night, according to numerous news reports and live social media postings, North Dakota law enforcement sprayed a group of about 400 protesters, or Standing Rock “water protectors,” as they were trying to get into position to block construction work on the controversial Dakota Access Pipeline.

Temperatures in North Dakota on Sunday dipped into the 20s. According to the Indigenous Environmental Network, 167 people were injured in the clash with police, and seven went to the hospital.

Video of water cannons being used on protectors in 26°F/-3°C at barricades at barricades in North Dakota 📷: @johnkdangers #NoDAPL pic.twitter.com/L8gYUglJ9v

The Morton County Sheriff’s Department told the Bismarck Tribune that activists had started several fires and claimed that rocks and logs were thrown at officers, calling it an “ongoing riot.” Activists told the Guardian they had lit two small fires because they were trying to keep warm. Police also used tear gas and percussion grenades, according to media reports.

North Dakota officials have come under increasing criticism for using militarized gear and tactics against the activists, who are attempting to stop the pipeline from jeopardizing what they consider the sacred land and water of the Standing Rock Sioux.

Grist staff
We’ve got some weekend reading to help you face the post-election world.
Oklahomans are suing frackers over earthquakes.