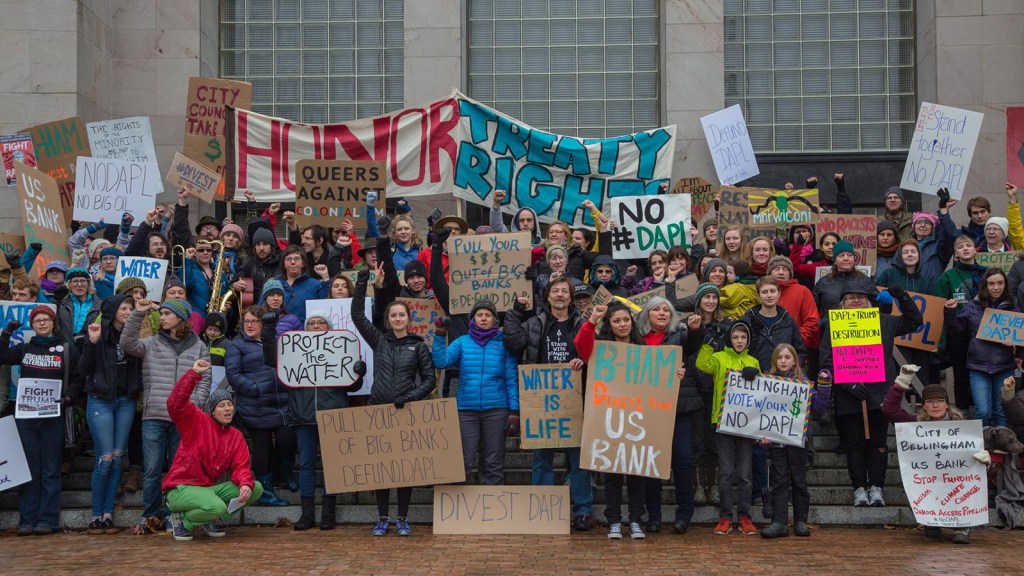 The Whatcom County Sheriff’s Department in Washington state filed a warrant for information from the Facebook page of a Bellingham group fighting the Dakota Access Pipeline. This week, the American Civil Liberties Union filed a motion to throw it out.

According to the ACLU, the warrant “involves an overbroad and unconstitutional request for private data” and violates the First and Fourth Amendments. The Bellingham group participated in a Dakota Access march that shut down Interstate 5 last month. Police are investigating a five-car pileup they attribute to the demonstration, and are reportedly considering a charge of reckless endangerment.

Facebook notified Neah Monteiro, the page’s creator, of the warrant by email in late February, but the site hasn’t handed over the data yet.

The legal fight adds to a history of distrust between Dakota Access Pipeline demonstrators and law enforcement.