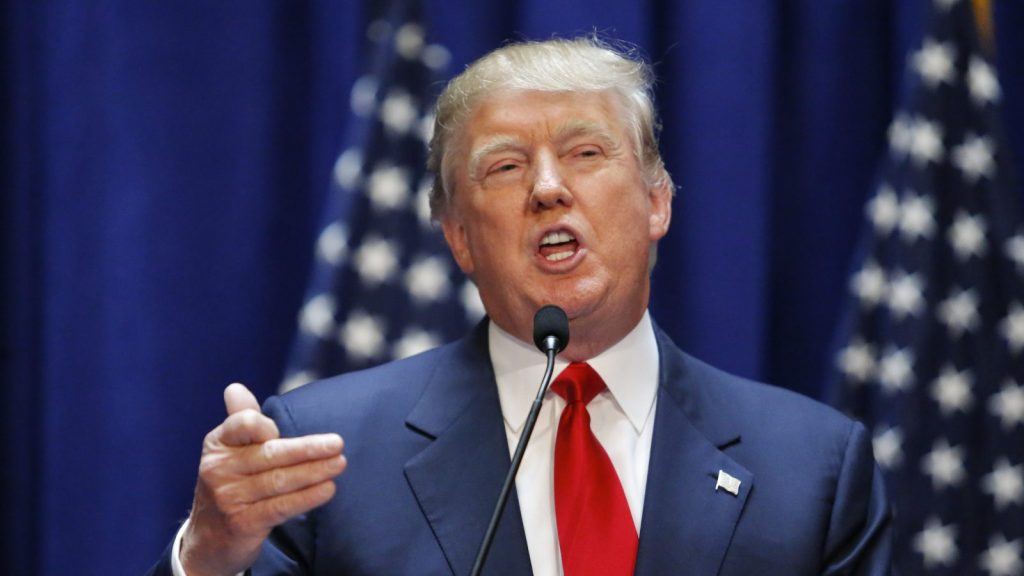 In a sharp reversal from Obama’s 2015 national security plan, which considered climate change an “urgent and growing threat to our national security,” Trump’s new strategy fails to even name-check it. Instead, the plan focuses on building up defense and ensuring energy security.

The new strategy was unveiled in a speech on Monday. Its main points center on advancing American influence, building up defense, and ensuring reciprocal relationships with other nations.

The strategy does drop a mention of the importance of environmental stewardship in a section titled ‘Embrace Energy Dominance.’ “For the first time in generations, the United States will be an energy-dominant nation,” it reads, and calls for a diversity of energy resources from coal and natural gas to renewables and nuclear energy.

But, overall, the new strategy emphasizes economic growth over climate change: “The United States will remain a global leader in reducing traditional pollution, as well as greenhouse gases, while growing its economy. This achievement … flows from innovation, technology breakthroughs, and energy efficiency gains — not from onerous regulation.”

Zoya Teirstein
California is preparing for a weekend of wintertime wildfires.
The Trump administration takes censoring science to the next level.