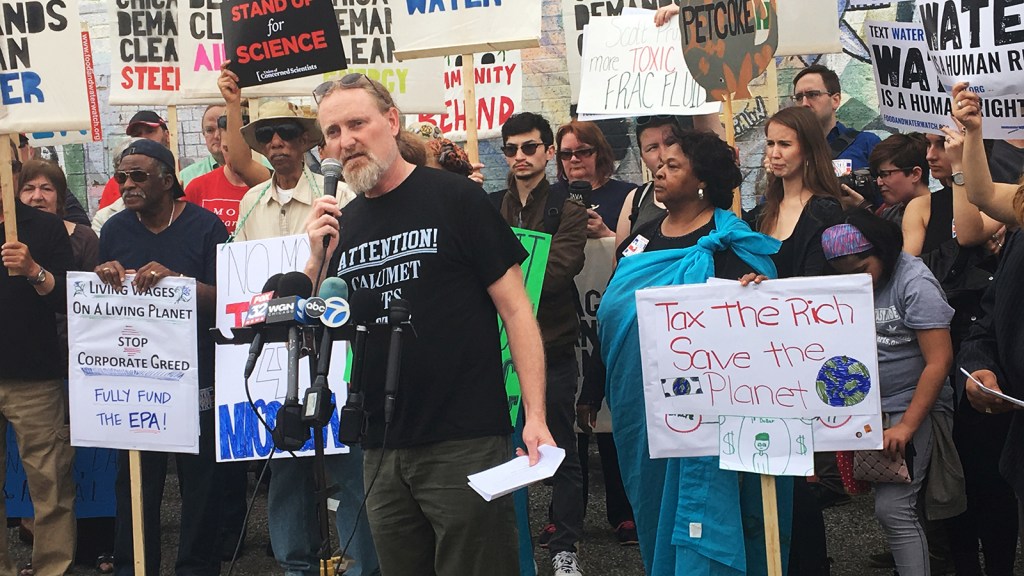 After lead contamination of both soil and water was publicly revealed last year, roughly 1,000 residents fled the Superfund site in western Indiana where low-income housing was built on land once occupied by a smelter.

According to The Chicago Tribune, Pruitt spoke with residents who lived in the toxic environment. He also gave brief remarks, pointing to money EPA recently awarded to the town.

“I’m focused on getting EPA back to the basics of protecting human health and the environment, and one of my top priorities is delivering real results for the people of East Chicago,” said Pruitt.

Proposed cuts to the EPA’s budget could cause Pruitt to eat his words. According to Nancy Loeb, director of Northwestern University’s Environmental Advocacy Clinic, the breadth of programs targeted by President Trump — including the possible shuttering of the EPA’s Region 5 office in Chicago — will “pretty successfully” halt environmental protections by passing federal responsibilities to ill-equipped states.

Next stop on Pruitt’s tour: a coal-fired power plant in Missouri. Mixed messages much?

Nikhil Swaminathan
Meet the fixer: This farmer gives vets a chance to grow.
Gigantic icebergs have come to Canada, and the internet is losing its mind.