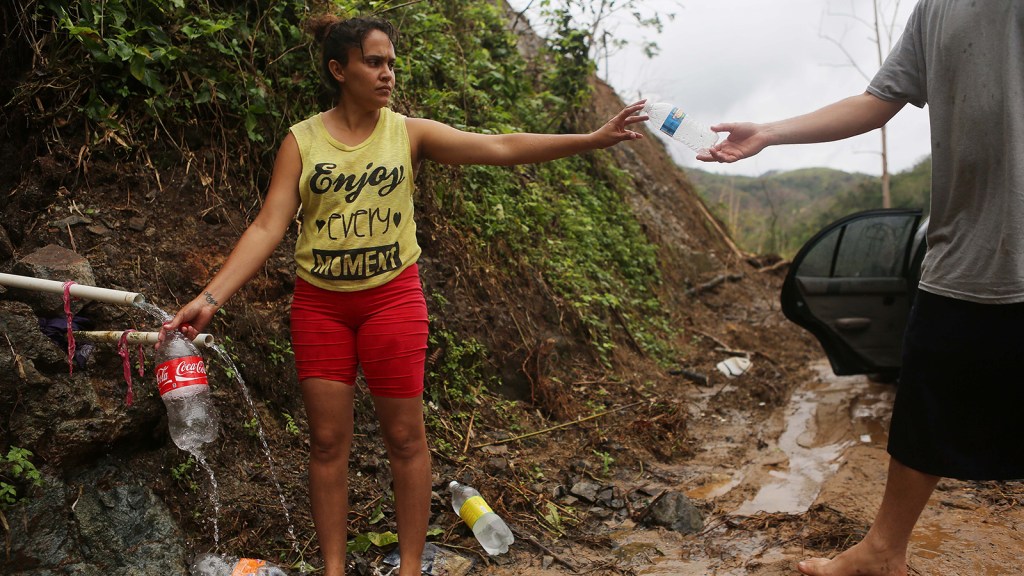 Puerto Ricans might be drinking Superfund-polluted water, the EPA says.

In desperation, people are getting their water from contaminated creeks, sewers, and maybe wells at Superfund sites, those polluted areas often contaminated with cancer-causing chemicals. Quietly tucked away in an EPA news release from Tuesday:

There are reports of residents obtaining, or trying to obtain, drinking water from wells at hazardous waste “Superfund” sites in Puerto Rico. EPA advises against tampering with sealed and locked wells or drinking from these wells, as it may be dangerous to people’s health.

Puerto Rico has more than its share of Superfund sites, a legacy of industrial pollution, toxic landfills, and bomb testing by the U.S. military. Eighteen such sites, to be precise.

These toxic sites aren’t the only danger. There’s also risk in getting water from rivers and streams. People are already dying from diseases caused by contaminated water, and health experts warn that Puerto Rico could see “significant epidemics.”

Keep that in mind next time you hear someone from the White House say the relief effort is going well.