on again, off again 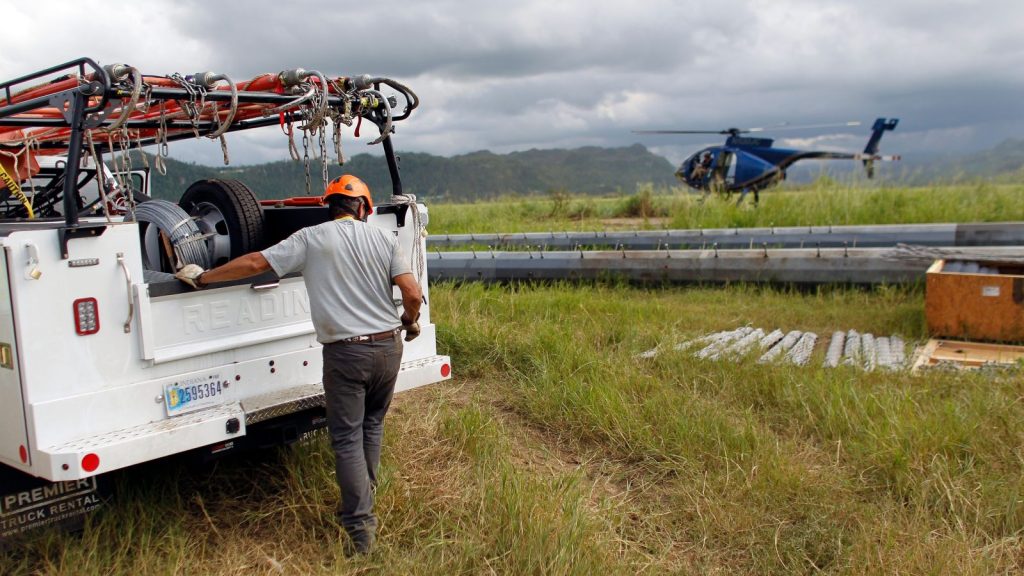 Puerto Rico JUST met the halfway mark to restoring power. Then the lights went out again.

The Cambalache Manatee 230KV line had failed — in fact, that was its second failure in less than a week. The high-voltage transmission line had been repaired by Whitefish Energy, a small Montana company initially awarded a controversial $300 million contract to repair Puerto Rico’s grid.

Though Rosselló canceled the Whitefish deal at the end of October, the contract requires Puerto Rico’s bankrupt electric authority to pay Whitefish for an additional 30 days of work after the cancellation, at a cost of millions of dollars. This week, a congressional investigation revealed that Puerto Rico’s utility ignored lawyers’ advice when it signed the contract, which failed to meet several FEMA standards.

Fifty-six days after Hurricane Maria, Puerto Rico is still experiencing the longest blackout in U.S. history — and even where power has been restored, it keeps going out.

Kate Yoder
African American communities are being hit hard by oil and gas pollution.
California may use 50 percent renewable electricity by 2020, a decade ahead of schedule.