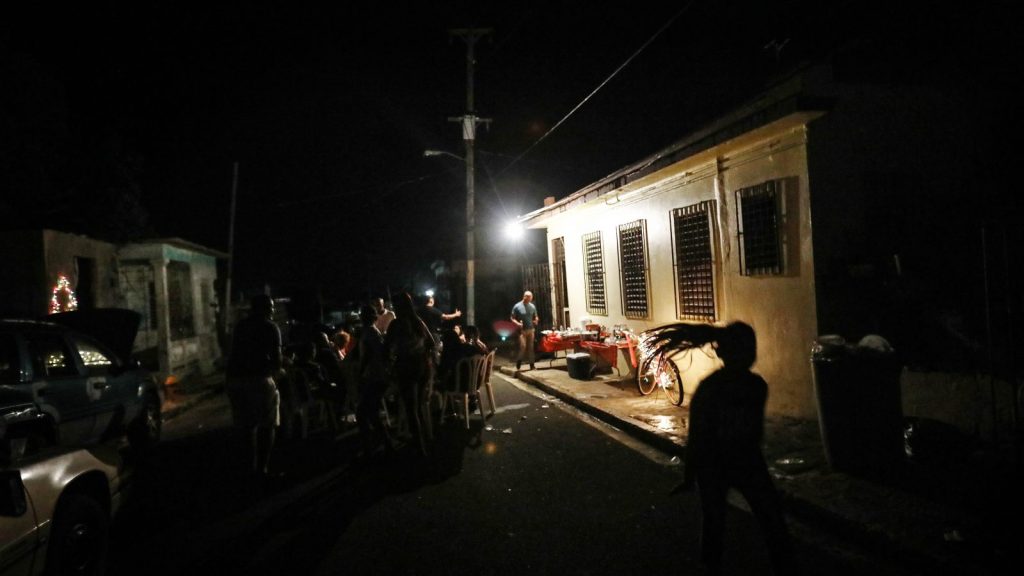 It turns out that the territory’s utility has been withholding supplies needed to restore power after Hurricane Maria.

In a tense, armed standoff last weekend, FEMA and the U.S. Army Corps of Engineers seized much-needed electrical equipment from a warehouse owned by the Puerto Rico Electric Power Authority, Kate Aronoff reported for the Intercept. Governor Ricardo Rosselló said the Department of Justice is investigating the power utility after the incident.

The feds quickly distributed the seized materials to contractors — who were apparently spending their time watching movies in their trucks because they didn’t have the supplies they needed.

Because the energy infrastructure in Puerto Rico is more than twice as old as the rest of the United States, many of the parts needed to repair the damaged grid aren’t readily available and need to be manufactured. The lack of materials has contributed to the epically slow recovery on the island.

Needless to say, people are really pissed off. “Hundreds of thousands of families have been in the dark for more than 125 days, people keep dying, and businesses continue to close due to the lack of energy while the necessary spare parts were in the possession of PREPA,” Eduardo Bhatia, minority leader of the Senate of Puerto Rico, told the Intercept.

This week’s drama is just the latest in a string of mismanagement that has plagued the recovery process, including the canceled contract with Whitefish Energy.

Justine Calma
Trump admin lets Florida opt out of controversial offshore drilling plans.
Could we retrofit Antarctica’s glaciers to keep them from collapsing?