Ranchers are reeling after wildfires swept through the Great Plains. - Grist 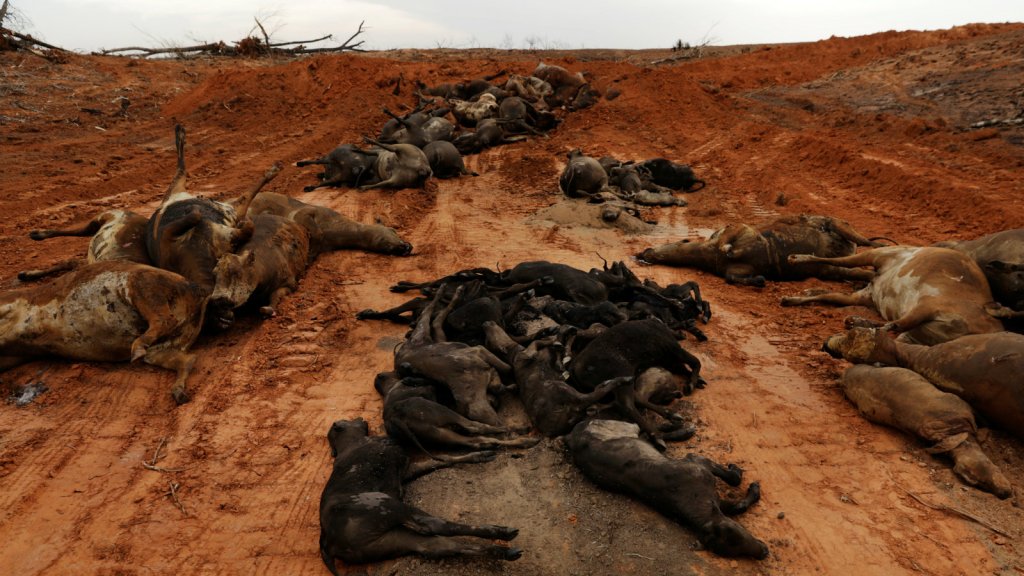 Ranchers are reeling after wildfires swept through the Great Plains.

Now ranchers are assessing the damage and starting to rebuild. The fires torched pastures and hay fields that would have fed cattle in this ranching area, so farmers from around the region are donating fodder for the surviving animals.

As with any single natural disaster, it’s impossible to tell if climate change was behind this. But ranchers in this part of the country have been coping with more extreme weather events in recent years.

Many ranchers feel the government response has been inadequate, according to the New York Times, especially after Donald Trump’s promises to take care of the rural working class.

“This is our Hurricane Katrina,” Aaron Sawyers, an agriculture extension agent with Kansas State University, told the Times. Silence and inaction from the federal government suggested that it was “out of touch and didn’t care about us,” he said.

Nathanael Johnson
Surprise: This Republican governor now wants his state to ban fracking.
Remember that money Congress approved to rebuild Flint’s water system? Some of it is finally on the way.