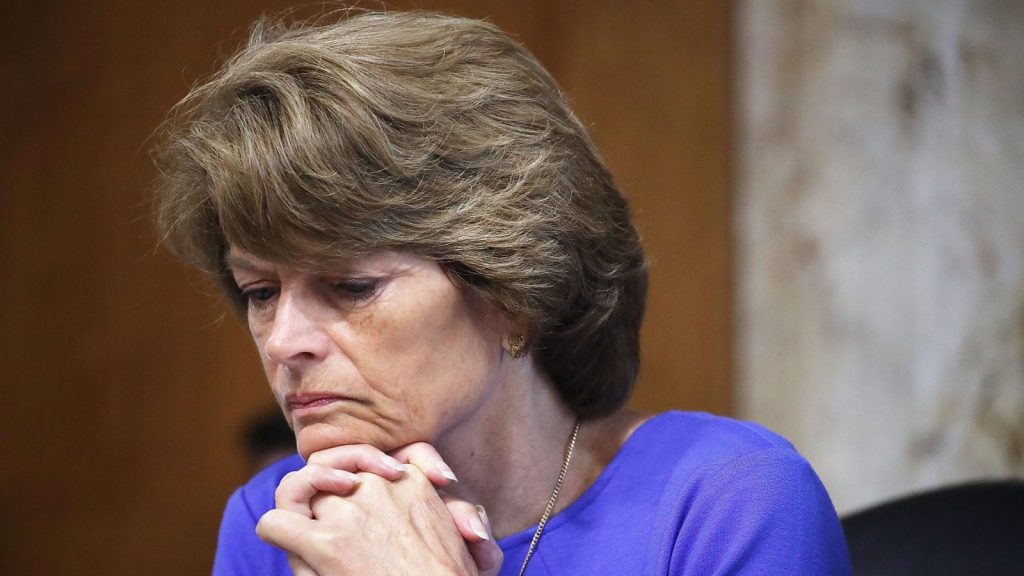 “Why is it politically charged to say climate change?” the Alaska senator asked during a speech on Wednesday. “I see in my state the impact we have from warming temperatures.”

So … why did she just open up new areas for oil drilling?

Murkowski only backed the Senate’s tax overhaul last December after a provision was added to open up 1.5 million acres of Alaska’s Arctic National Wildlife Refuge to drilling. The provision potentially allows between 4 and 12 billion barrels of oil to be extracted and burned.

Her voting record on environmental policy has earned her a lifetime score of 19 percent from the League of Conservation Voters. Compare that to the Senate’s average score of 50 percent.

But Murkowski thinks we can have our fossil fuel cake and eat it, too. “We can absolutely continue to use hydrocarbons and critical minerals and protect the environment at the same time,” she said on Wednesday. However, leading scientists declared in 2015 that three-fourths of fossil fuels reserves needed to stay in the ground to avoid catastrophic warming — and we’ve burned a lot of oil, gas, and coal since then.

The senator did not respond to request for comment on Thursday. But at least she’s talking about climate change, I guess.