Rex Tillerson is caught in a love triangle with Russia and the U.S. - Grist

from Russia with love 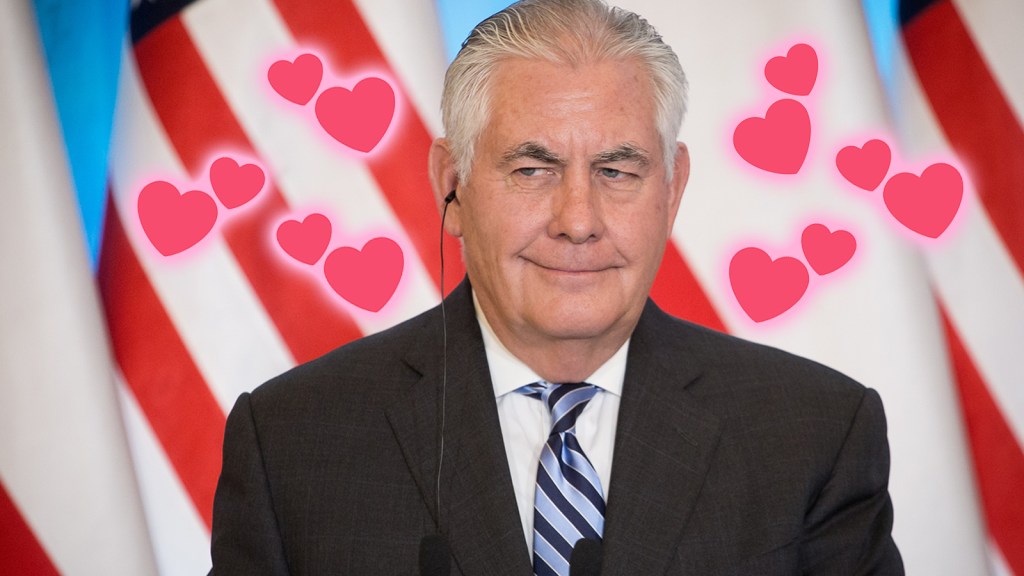 Rex Tillerson is caught in a love triangle with Russia and the U.S.

“The relationship that I had with Putin spans 18 years now,” the secretary of state said during a 60 Minutes interview with CBS’ Margaret Frank. “It was always about what I could do to be successful on behalf of my shareholders, and how Russia could succeed.” A true deal-maker.

But as U.S. secretary of state, the ex-CEO of ExxonMobil is supposed to put the United States’ interests first. That should ostensibly put some pressure on the relationship between Russian President Vladimir Putin and Tillerson, which was commemorated with a Russian friendship medal in 2013 after ExxonMobil signed deals with Rosneft, the state-owned Russian oil company.

Russia is one of the world’s top exporters of both oil and gas. As Alex Steffen and Rebecca Leber have written, the country stands to benefit from procrastinating on climate change action that would limit fossil fuel extraction.

In the 60 Minutes interview, Tillerson recounted his first meeting with the Russian president after becoming U.S secretary of state. “Same man, different hat,” is how he recalls reintroducing himself.

“What he is representing is different than what I now represent,” Tillerson elaborated. “And I said to him, ‘I now represent the American people.’”

Convincing! And now, on to the SNL skit that apparently made Tillerson laugh out loud:

Kate Yoder
It’s more dangerous to cross a street if you’re black. Here’s why.
An old coal-fired plant in North Dakota is trying to go green.