Rex Tillerson understands that climate change is happening, unlike his would-be boss. - Grist 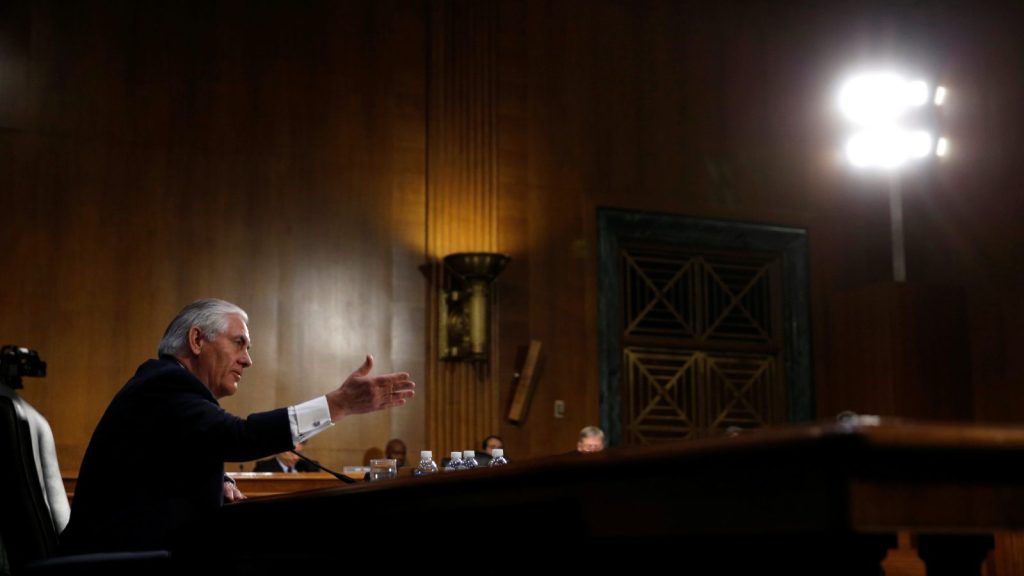 Rex Tillerson understands that climate change is happening, unlike his would-be boss.

Senate confirmation hearings began on Wednesday for Tillerson, former CEO of ExxonMobil and Trump’s nominee for secretary of state. Tillerson was pressed on the issue of climate change by several senators, including Tennessee Republican Bob Corker, who asked Tillerson if he believes that human activity is the cause.

“The increase in greenhouse gas in the atmosphere is having an effect,” Tillerson said, demonstrating that he at least knows more about the issue than our future president. But, Tillerson added, “Our ability to predict that effect is very limited.” This is false.

Tillerson had less to say about allegations that Exxon, his employer for 40 years, knew about the effect of greenhouse gases on the atmosphere back in the ’70s and failed to disclose the risks to the public or shareholders. When asked about it by Virginia Democrat Tim Kaine, Tillerson punted and said he didn’t work there anymore: “You’ll have to ask them.”

The nominee did acknowledge that it’s important for the U.S. to stay involved in international climate negotiations and “maintain its seat at the table in the conversation.” As for what he would do at that table, he’s not saying. If he wanted to do anything constructive, first he’d have to convince his boss.

You can read more about the hearing here.

Katie Herzog
In his farewell address, Obama called on Americans to face the facts about climate change.
Sundance is shining a spotlight on climate change this year.