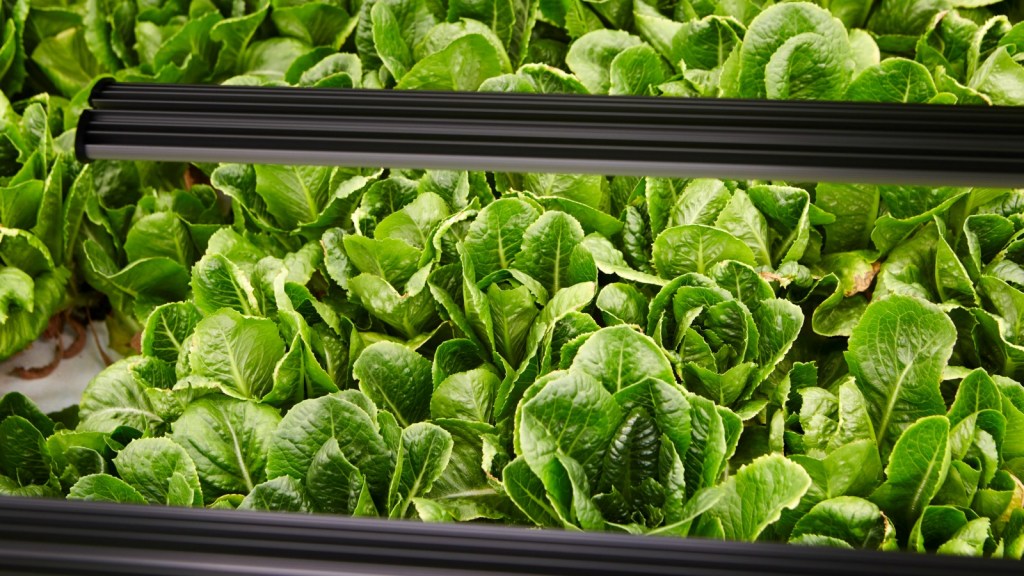 Robots are raising your kale now.

The operation, which officially launched last week, uses 95 percent less water than traditional methods and is 100 times more productive on the same footprint of land, according to the company.

Bowery calls itself “post-organic,” a label to describe its integration of tech and farming practices and its pesticide-free produce. That distinguishes it from large-scale organic farms, which do use pesticides — they’re just organic ones.

Its AI system automates ideal growing conditions for crops by adjusting the lighting, minerals, and water, using sensors to monitor them. It can alter conditions to tweak the taste — emphasizing a wasabi-like flavor in arugula, for instance.

More than 80 crops are grown at the farm, including baby kale, butterhead lettuce, and mixed greens. The produce is delivered to New York stores within the day after harvest, and the greens go for $3.49 a box — on par with the competition.

Kate Yoder
Trump plans to slash EPA’s budget and boost the military’s.
It’s safe for scientists to raise some heck when it comes to climate change.